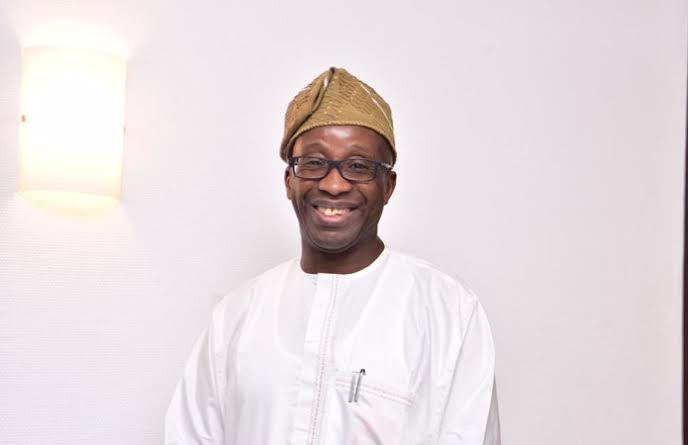 Otunba Jimi Lawal has described his suspension by the Ogun State chapter of People’s Democratic Party (PDP) as a “contemptuous act”.

The Project Director, Jimi Adebisi Lawal Campaign Organization, Austin Oniyokor, who stated this in a statement issued in Abeokuta, the Ogun State capital, while reacting to the news of the Lawal’s suspension, said such action cannot stand

According to Oniyokor, the action of the State leadership of the party, was a disregard to Court judgement, which nullified the party governorship primary conducted in May, 2022 and ordered that a new primary should be conducted by the party within 14 days.

The statement read, “the purported suspension of the just elected governorship candidate of the Ogun State PDP, Otunba Jimi Adebisi Lawal (JAL) is nothing but the weeping of a beaten and battered premature adult”.

“It is the case of the voice of Jacob but the hand of Esau”.

“To be sure, it is a sad commentary on our democracy and the rule of law that some lawless individuals could gather somewhere under the remote control of one of the aspirants who has just been defeated in the court-ordered governorship rerun to claim to have suspended party stalwarts for complying with subsisting court orders and judgments”.

“It is the irony of our political space and system that those who are contemptuous of valid and subsisting judgments and orders of court could turn round to claim that they have suspended law-abiding citizens”.

“Clearly, this contemptuous act cannot stand the test of time and the law. All their contemptuous acts will be taken before the court and the full weight of the law will be visited on them in due course”.

“Until then, we want to appeal to all our party leaders, elders, supporters and the general public to remain firm in the face of the needless provocation. This political gymnastics will soon pass like others before it”.

It would be recalled that the state chapter of PDP announced the suspension Otunba Lawal and four other members of the party for “allegedly conducting and participating in an illegal governorship primary election”.

Others suspended with Otunba Lawal are Bola Odunmosun, the Financial Secretary of the party, Fasiu Ajadi, Kola Akinyemi and Tope Asiru, the party chairman of Ijebu North East local government area of the State.

The Secretary of the party, Sunday Solarin, while announcing the suspension,
said Lawal and the four others were suspended for violating the constitution of the party by conducting and participating in an “illegal” governorship primary election which was not authorized by the National Working Committee (NWC) of the party.