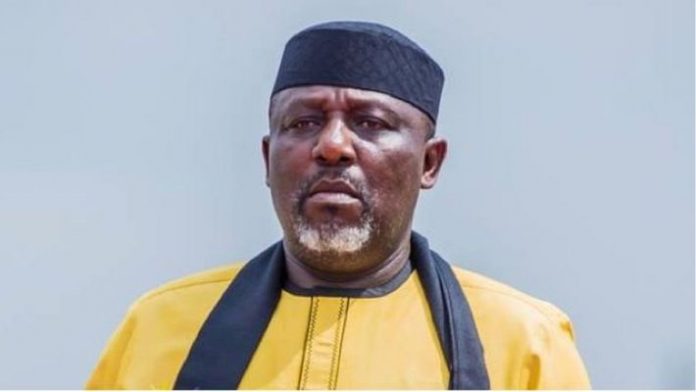 Federal High Court in Abuja is set to hear a preliminary objection filed by Rochas Okorocha, praying for an order quashing the Economic and Financial Crimes Commission (EFCC) N2.9 billion charge against him on November 22.

The judge, who said that the application would be taken in the next adjourned date, ordered all parties to file and serve necessary processes before the scheduled date.

Mr Okorocha, in the application marked: FHC/ABJ/CR/28/22 dated and filed on October 28, had prayed for an order quashing the charge and/or all counts of the charge preferred against him as a result of the investigation by the EFCC into his activities while governor between 2011 and 2019.

Mr Okorocha, who currently represents Imo West Senatorial District, described the suit as being “unlawful, baseless, oppressive and a gross abuse of the process of the court.”

He also sought “an order discharging and/or acquitting the 1st defendant/applicant (Okorocha), pursuant to prayer (1) supra.”

Giving six reasons why the suit should be dismissed, the politician said he was arraigned by the anti-graft agency on May 30 on 17-count charge.

He said that the investigation “on which the said charge was predicated, was subject matter of suit number: FCH/PH/FHR/165/2021 wherein this Hon. Court, Coram Pam, J. had, in final judgement at the suit of the applicant, declared unlawful and made an order prohibiting the EFCC from further proceeding.”

He, therefore, said that the present charge “is an abuse of prosecutorial powers and judicial process, as the said declaratory and prohibitory orders were and are still extant, at all times material, before and after the preferment of the charge,” among others.

The EFCC said it received an intelligence report about criminal diversion, abuse of office and money laundering against Okorocha while running the affairs of Imo State government.

The commission said that the intelligence was investigated and confirmed to be true.

He was alleged to have laundered funds to the tune of N2.9 billion while serving as governor of Imo.

Justice Ekwo, on May 31, admitted Mr Okorocha to bail in the sum of N500 million with one surety in like sum, and granted his co-defendant, Chinenye, bail in the terms of the administrative bail earlier granted to him by the EFCC.