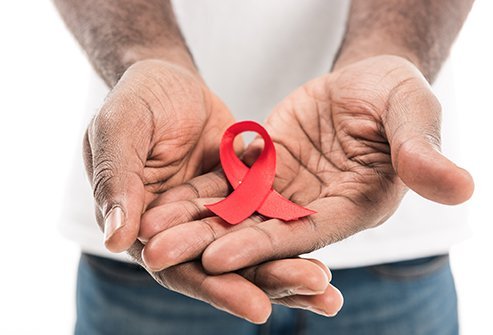 Human clinical trials have started for an experimental HIV vaccine that uses the same kind of mRNA technology found in Moderna’s successful COVID-19 vaccine, the drug company has announced.

The company was quoted in a statement to have said the first vaccinations were given last Thursday, at George Washington University School of Medicine and Health Sciences in Washington, DC.Phase I trials would also be run at the Hope Clinic of Emory Vaccine Center in Atlanta, the Fred Hutchinson Cancer Research Center in Seattle, and the University of Texas Health Science Center at San Antonio.

The vaccine was designed to prompt white blood cells turn into antibodies that could neutralise HIV, it quoted ABC News to have reported. A booster shot to work with the HIV vaccine was also being studied.

For four decades, the human immunodeficiency virus (HIV) has managed to dodge the immune system’s attempts to destroy it.“Scientists have not been able to develop a vaccine, though they have made advancements in treatments, such as long-acting injectables for pre- and post-exposure prevention and treatment.

HIV can lead to AIDS, which can be fatal,” it added.The release stated that 56 healthy HIV-negative adults took part in the clinical trial, with 48 getting one or two doses of the mRNA vaccine and 32 also getting the booster.

Eight people would just get the booster. All of them would be monitored for up to six months after receiving a final dose, it stated.“The immunogens – antigens that elicit an immune response – that are being tested were developed by the International AIDS Vaccine Initiative (IAVI) and Scripps Research.

They will be delivered using the same messenger RNA (mRNA) technology in Moderna’s successful COVID-19 vaccine,” it explained.About 1.2 million people in the United States had HIV at the end of 2019, according to the CDC, with more than 36,000 people being diagnosed in 2019.

The World Health Organisation says 37.7 million people in the world had HIV in 2020.“We are tremendously excited to be advancing this new direction in HIV vaccine design with Moderna’s mRNA platform,” MD, president and CEO of IAVI, Mark Feinberg, was quoted to have said.“The search for an HIV vaccine has been long and challenging, and having new tools in terms of immunogens and platforms could be the key to making rapid progress toward an urgently needed, effective HIV vaccine.”