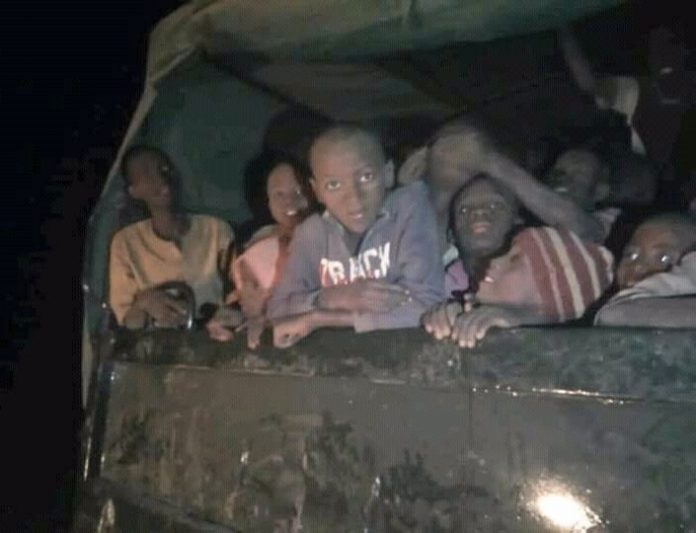 Miyetti Allah Cattle Breeders Association of Nigeria (MACBAN) has been exposed as those behind the kidnap of over 300 Katsina school boys.

The revelation was made by an aide to the Katsina State Governor, Aminu Masari, on Thursday, according to SaharaReporters.

Recall that some gunmen had attacked Government Science Secondary School in Kankara Local Government Area of the state and kidnapped over 300 schoolboys last week Friday, December 11.

Recall that while speaking in an interview on Channels Television’s Politics Today, Governor Masari said his administration was discussing with the suspected abductors through the Miyetti Allah.

He said, “We are discussing through the leadership of MACBAN, Miyetti Allah with those suspected to have carried out the abduction. I had a meeting with the Commissioner of Police and heads of security agencies two or three hours ago.

“There are talks. It is not about who is in charge, but what is of paramount concern to me as the chief security officer of the state is that these students return home safely. This is what we are talking about.”

However, the National Secretary of Miyetti Allah, Alhassan Saleh, dissociated the group from any discussion with the gunmen.

“I’m not aware of any discussion with any group; you are the second person I will hear this from. A colleague of yours called me in the morning, and I told him the same thing.

I have spoken to the state chairman, and he said he wasn’t aware of any discussion or negotiation with the schoolboy’s abductors,” Saleh told SaharaReporters.

“The military in the theatre of the operation are now talking directly to the bandits, but the government is talking through Miyetti Allah.

“Miyetti Allah is umbrella body of Fulani, so they are talking with some of the leaders for them to persuade their members.”

Students from Kaduna Forestry College were released 56 days after they were arrested.