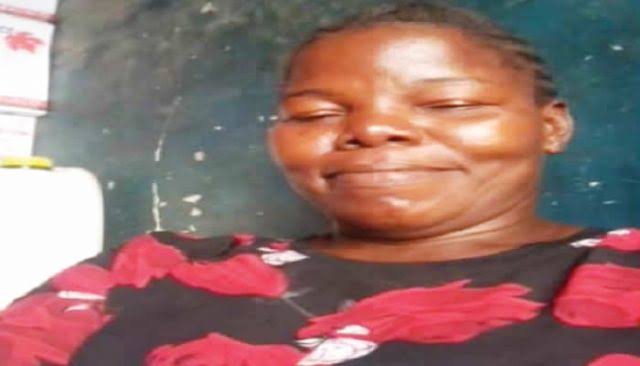 A resident of Ibafo in the Obafemi-Owode Local Government Area of Ogun State, Mrs Rosemary Obidinma, who was reported missing, is dead.

It was reported that the mother of five did not return from her shop at Apapa, Lagos, on November 2.

It was also reported that her son, Daniel, spoke to her last around 10pm.

When Daniel and his siblings called her phone, a man who picked up the call warned them to stop disturbing him, saying he was in Delta State.

Daniel, on Sunday, said the Divisional Police Officer, Ketu Police Station, where a report was made earlier, called him and his uncle, Emmanuel Iffi, on Friday to come and identify the corpse of a victim of a one-chancerobbery.

One-chance is popular in Lagos, where commuters are robbed by hoodlums who drive commercial vehicles usually filled with their gang members, who pretend to be passengers.

Daniel said, “He (DPO) said the police had been trying to locate the family members of the corpse without success and the moment he showed us the picture of the corpse, it was my mother.

It was learnt from the police that she was stabbed by one-chance robbers and she bled to death.

“Her body is still in a mortuary, but by Tuesday this week, we will take the body to our village for burial.”

The state police spokesperson, Benjamin Hundeyin, had yet to react to the development as of the time of filing this report.