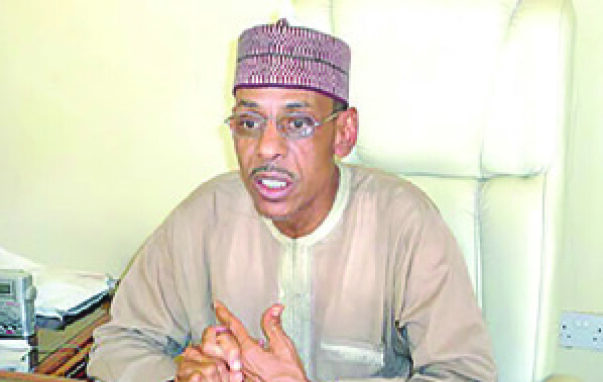 The Southern and Middle Belt Alliance (SaMBA) has condemned the statement by Hakeem Baba-Ahmed, spokesman of the Northern Elders Forum (NEF) that northern Nigeria will retain the presidency in 2023 because they have the numbers to lead Nigeria in perpetuity.

Speaking at a lecture over the weekend, Baba-Ahmed said the north will not succumb to intimidation not to take a shot at the presidency in 2023, adding that it has the votes to produce the next president.In a statement on Monday by Rwang Pam, its spokesman, SaMBA described the statement as reckless, careless and insensitive.The group said it expected Baba-Ahmed with his level of education to choose his words wisely, especially at a time when the country is struggling to remain united.

It said the era of ”one north” is in the past, and that instead of boasting of numerical strength to win election, NEF should look for ways to turn the numerical strength to productivity.“Let Dr Baba-Ahmed be reminded that without the Middle Belt, such numbers boasted about in the North is mere political posturing,” the statement reads.“It is disheartening that Dr. Hakeem Baba-Ahmed will make such reckless and careless statement at a time when we are still battling to keep the country united.

“One would have expected that the retired permanent secretary with his exposure and academic prowess will choose his words carefully, but it is quite unfortunate that NEF will talk recklessly.“It is certain that some liberal minded people in the North will be shedding secret tears as a result of the statement credited to the Northern Elders Forum (NEF), because it is based on a delusion of a ‘one north’ that has treated the middle belt region as second class citizens.“The so called ‘north” cannot boast of numerical strength to win election without reckoning with the strength of the middle belt and other northern Christians that have decided to work with their southern Nigeria counterparts to produce fresh and effective leaders for the country.“Rather than boasting of numerical strength to win election, NEF should look for ways to turn the numerical strength to productivity. Nigeria is presently rated as the poverty headquarters of the world because of poor standards of living in the region under the present leadership.

SaMBA appealed to liberal-minded northerners to work with SaMBA to produce a new set of leaders in 2023 with the “requisite competence, character and courage to usher Nigeria into the 21st century”.