Members of the Islamic movement in Nigeria (IMN) also known as Shi’ites petition EU, UN, others over seizure of El-Zakzaky’s travel documents 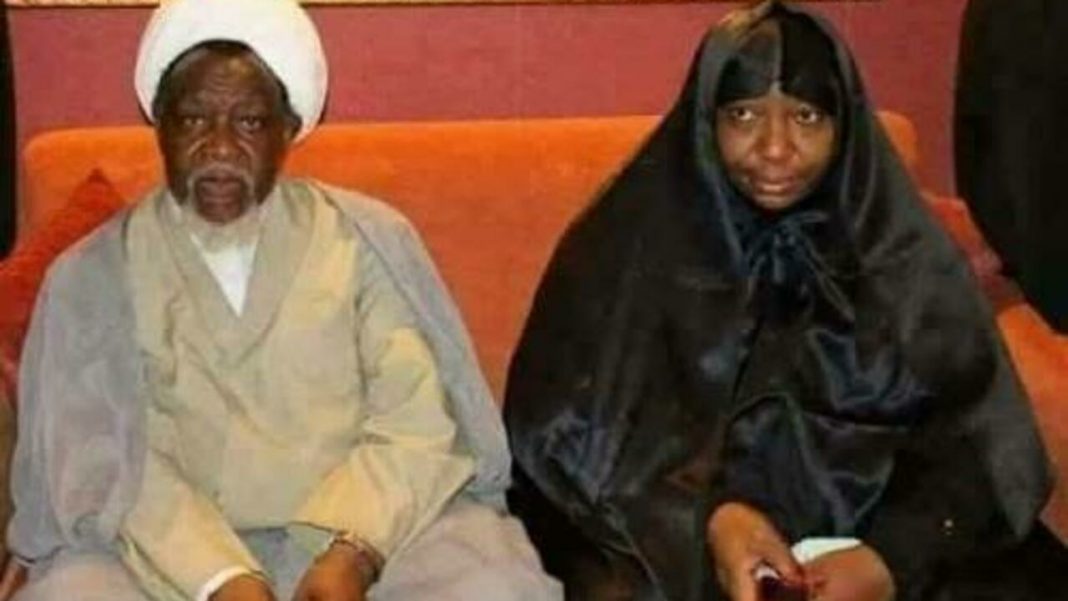 Members of the Islamic Movement in Nigeria (IMN), otherwise known as Shi’ites have written a petition to the High Commissions of the European Union, Canada, other foreign missions in Abuja over the Federal Government’s refusal to release the international passports of their leader, Sheikh Ibraheem El-Zakzaky, and his wife, Zeenat. They said the move was allegedly aimed at silencing the couple, in the name of stopping the formation of ‘a state within Nigerian state.’

The Islamic sect stated this in a two-page letter, titled, ‘Petition against the Federal Government for Confiscating International Passports of Sheikh El-Zakzaky and His Wife’ a copy of which was obtained by our Correspondent in Abuja.They asked the international community to intervene in the matter since the couple are battling life-threatening health issues and require urgent attention abroad.

The Shi’ites insisted that the lives of the couple were in danger due to the medical complications they are suffering in the aftermath of the 2015 massacre of their members by security operatives in Zaria.According to them, bullets lodged into the bodies of the couple during the clampdown have increased the lead poison in their blood.The couple were discharged and acquitted on July 28, 2021, by a High Court on charges of culpable homicide, by Justice Gideon Kurada from eight charges pressed against them by the Kaduna State government for lack of merit.The letter reads in part, “Having had the documents confiscated during the aborted medical trip to India, now, in the wake of their being exculpated by the court, the couple remains stranded.

The court had acceded that the couple’s deteriorating health condition didn’t merely require qualified medical personnel for an effective examination, but also a medical facility with up-to-date equipment.“Travelling abroad for medical treatment is such a top priority for the couple. To expend five years and seven months in detention with numerous pieces of bullet shrapnel in the body, releasing deadly poison into the blood, is no child’s play.“Unfortunately, ever since their discharge and acquittal have not been able to travel outside the country for the much-needed treatment; because, their traveling documents are still with the authority.“We solicit your kind intervention in the release of the documents as the couple is seriously suffering from many injuries and resultant multiple life-threatening health challenges.”