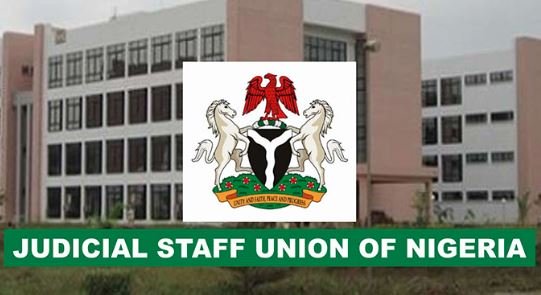 The Judiciary Staff Union of Nigeria’s ongoing statewide strike in Rivers State has been called off (JUSUN).

On April 6, 2021, the JUSUN National Office issued an indefinite strike order to its members in response to state governments’ failure to meet their financial autonomy demand.

The Union’s leadership has stated that there will be no turning back until their demands are met.

All courts in Nigeria, including the Supreme and Appeal Courts, were closed as a result of this occurrence.

Litigants, lawyers, and companies in the surrounding courts have expressed their dissatisfaction with the situation.

Governor Nyesom Wike has expressed outrage over the state JUSUN’s participation in the strike, claiming that his administration is already implementing financial autonomy for the judiciary and emphasizing that the state workers are simply on a sympathy strike in support of their colleagues in other states.

He threatened to withhold their paychecks in order to impose the “no work, no pay” policy beginning in June if they did not call off the strike and return to work.

Last week, the Governor issued the threat during a public gathering in the state.
By the early hours of Monday, June 7, the state union had sent a phone call instructing their members to return to work that day.

As revealed by Newswirelawandevents agent, yesterday, most of the workers were seen in their courts either doing cleanup of their offices, tables and seats, updating court registers and preparing cause lists in readiness for the resumption of sitting.

However, no Magistrate or Judge was sighted in the premises, but some lawyers were around.

Some JUSUN members who spoke with our reporter expressed joy at returning to work after a two-month absence, claiming that they were weary of remaining at home.

Newswirelawandevents has also learned that the results of the meeting between JUNSUN leadership and the government, which is currently taking place in Abuja as of the time of reporting this story yesterday, will determine whether or not the Rivers chapter’s decision would be upheld.