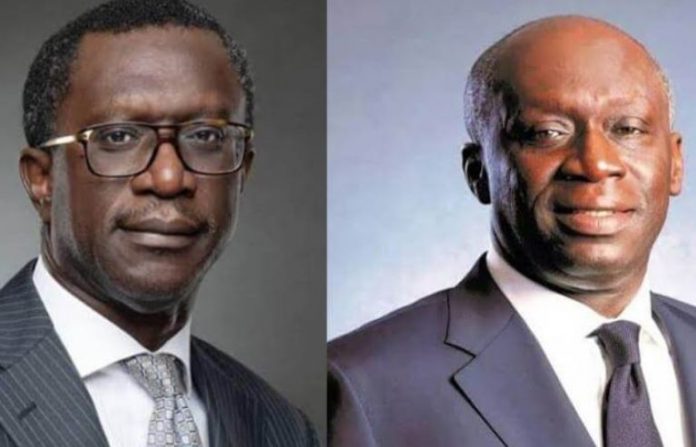 Both brothers are the sons of Leadway Assurance founder Sir Olusola Hassan Odukale.

In 1970, their father founded Leadway Assurance to increase local competition in an industry dominated by international firms.

He served on the boards of many blue-chip firms and was the Chairman of Leadway from 1993 until his death in 1999.

After taking over from his late father, his son Oyekanmi Hassan-Odukale headed the company’s management for three decades.

Tunde took over the organisation as the new Managing Director, effective January 1, 2020, after his brother stepped down.

Oyekanmi is the current Chairman of FBN Bank Ltd (UK), a wholly owned subsidiary of First Bank in the city of London, according to First Bank.

He also serves on the boards of many major corporations, including Adswitch Plc and Globe Reinsurance Company Limited.

“From 1999 to 2010, he served as a Non-Executive Director on the Board of First Bank of Nigeria Plc., and he is the present Chairman of FBN Bank (UK) Ltd, a wholly owned subsidiary of First Bank in the City of London,” First Bank UK said on its website.

On Thursday, the CBN named his 56-year-old brother Tunde as the new Chairman of First Bank.

He succeeds Ibukun Awosika, the former Chairman of the Board of Directors of First Bank of Nigeria, who was appointed Chair in 2015.

The change came after the Central Bank of Nigeria (CBN) fired all of First Bank’s Board of Directors.

The action by the CBN was not unconnected to the removal of Adesola Adeduntan as the Managing Director/Chief Executive Officer of the bank.

The new First Bank of Nigeria Chair, Tunde, has been in Leadway Assurance for 29 years and two months.

According to his Linkedin profile, Odukale has been a Non-Executive Director from March 1992 to January 2020, a period of 27 years and 11 months.

In January, the banker was appointed the company’s managing Director before the Central Bank of Nigeria dissolved First Bank directors.

“He has a keen disposition to evaluating proposals as well as forming IT strategy and direction which are beneficial to the Bank’s Board.”

The banker also sits on the boards of Total Health Trust Limited and other Leadway Assurance Subsidiaries, according to Whistler.

A peek at his educational background reveals that he completed his A Levels at Hurtwood House College in the United Kingdom between 1981 and 1984.

Between 1984 and 1987, he earned a BSC in Metamathematics at the University of London, and between 1987 and 1988, he earned a Post Graduate Diploma of Actuarial Science at City Of London.

According to his Linkedin profile, his hubbies enjoy golf, reading, and traveling to new destinations.

Tribute to Hon. Omosede Gabriella Igbinedion, Esq., on Her Birthday: ‘A Lawyer-Developmental Enthusiast in Politics’ – By Douglas Ogbankwa, Esq.