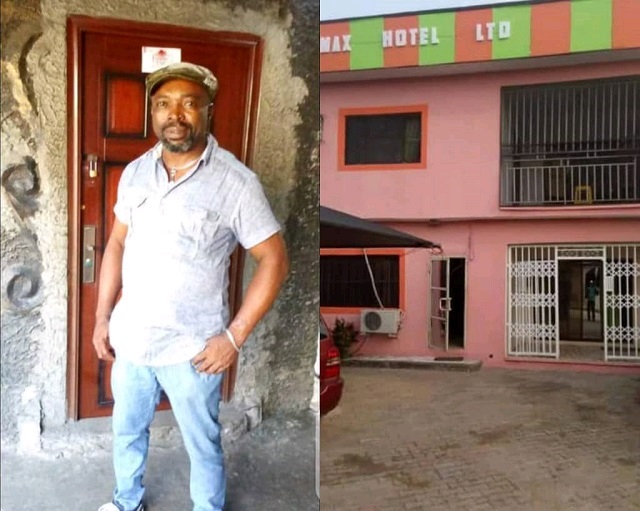 A man, identified as the Chairman of Igbudu Market Mile ‘2’ in Warri South Local Government Area of Delta State, has reportedly died in a hotel room after an alleged sexual escapade with his wife’s salesgirl.

The deceased, simply identified as Okpako, was said to have been allegedly keeping an amorous relationship with the salesgirl before the incident. It could not be ascertained when the incident occurred as various accounts said it was either Sunday or Tuesday night at a hotel located at Odibo Extension in the Igbudu area of Warri.

It was gathered that the deceased became unconscious hours after he reportedly checked into the hotel with the salesgirl. Those close to the deceased disclosed that he had been secretly dating the girl for sometime before the unfortunate incident happened.

It was further gathered that after the discovery, the lady was detained by the hotel management and later handed over to police operatives from ‘B’ Division in Warri.

Another version of the incident says the deceased died of an overdose of sexual performance drugs ahead of the planned romp. He was said to have taken suspected hard drugs and smoked heavily before the incident.

“They rushed him to a hospital but before they knew it, he went unconscious. He was confirmed dead in the hospital,” another source told journalists. Acting Police Public Relations Officer (PPRO), DSP Bright Edafe, however, confirmed the incident, adding that the girl is in Police custody.

“No sexual romp, please. Though dead, but might be as a result of hard drugs he took, but not during sexual romp,” he told our reporter.