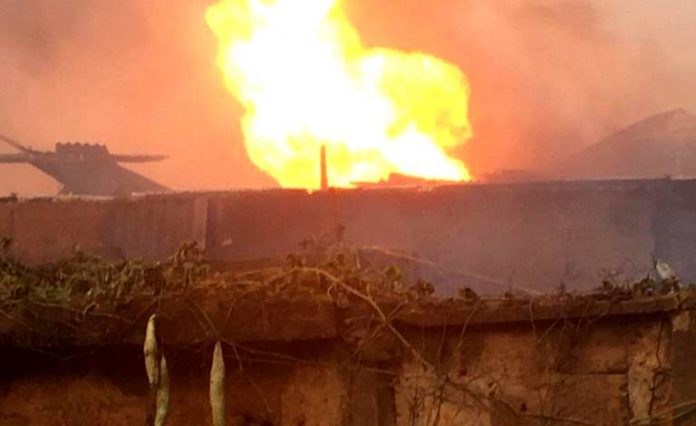 Business owners and residents of a storey building in Ikotun area of Lagos State have escaped death following an explosion that rocked the building on Thursday.

The intensity of the explosion has also led to the collapse of the building. The incident occurred at about 6.20pm at 17, Obalabi Street, off Governor Road. However, there were no injuries or loss of life.

It was learnt that fire fighters from two different stations immediately attended to the scene after distress calls.

The occupants of the building were said to have escaped to safer places on noticing that fire has erupted from the pent house of the building and this later resulted in an explosion which destroyed property worth millions of Naira.

Adeseye Margaret, the Director, Lagos State Fire and Rescue Service who confirmed the incident to Vanguard said on arrival, the fire was much but was well attended to.

According to her, it resulted into an explosion due to the volatile furniture materials traded on the ground floor of the two storey – penthouse building.

She said there was no loss of life.  “The explosion from the chemical induced materials consequently resulted in the collapse of the building,”