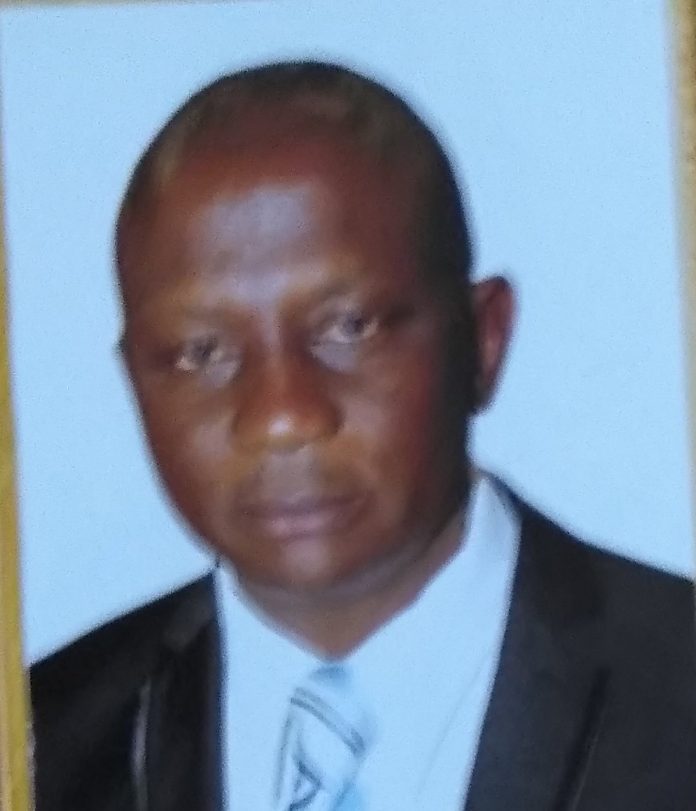 In November 2015, President Muhammadu Buhari approved the appointment of 30 new judges for the Federal High Court on the recommendation of the National Judicial Council (NJC). One of those judges is Stephen Daylop Pam, the man in the news.

You may not be particularly familiar with the name “Stephen Pam,” but you very more likely have heard of the suit by the Rivers state government to keep value added tax within the state, without remitting it to the federal government. That ruling was made by Justice Stephen Pam.According to the Nigerian constitution, “the appointment of a person to the office of a Judge of the Federal High Court shall be made by the President on the recommendation of the National Judicial Council”.A few months after Buhari was elected president, he exercised his power as president by approving the appointment of Pam and 29 other judges as recommended by the National Judicial Council, and in line with the constitution.

WHO IS STEPHEN PAM?

Born in January of the same year Nigeria became a republic, 1963, Pam is a 58-year-old legal luminary, ruling over the affairs of the Federal High Court sitting in Rivers state. He originally hails from Kuru in Plateau state, where he had his primary education.From 1974 to 1979, he studied at Government College Keffi. After his secondary education, he worked at the National Institute for Policy and Strategic Studies (NIPSS), Kuru, from 1982 to 1990.In 1990, Pam was admitted to the University of Jos, where he studied law, up until 1996. He completed his LL.B at the Lagos campus of the Nigerian law school in 1998. He also bagged an LL.M from the University of Jos at the turn of the millennium in 2000.He worked as a counsel with the Ogwu J.Onoja & Co. in Abuja, and became senior registrar I, Supreme Court of Nigeria. He served at the court from 2006 to 2015, when he was appointed as a federal judge.

HOW DID PAM GET IN THE NEWS?

On December 11, 2020 — yes, 2020 — the Federal High Court, Port Harcourt, Rivers state, had ruled — in a case brought by Emmanuel Ukala, SAN, against the Federal Inland Revenue Service (FIRS) in March 2020 — that states should collect VAT, not the federal government.On Monday August 9, 2021, following a suit by the Federal Inland Revenue Service (FIRS), to upturn the earlier ruling, Pam insisted that the initial judgment be upheld, ruling in favour of the state government led by Nyesom Wike.He granted all the reliefs sought for by the Rivers state government, explaining that there is no constitutional basis for FIRS to demand and collect VAT, withholding tax, education tax and technology levy in Rivers state or any other state of the federation.Riding on the strength of that judgment, Wike, governor of Rivers state, signed a bill into law to enable the state to collect VAT.The Lagos state government followed suit by also signing a bill into law, to ensure state collection of taxes. In a very quick week, this case took the centre stage in national discourse.

JUDGE WHO ORDERED THE ARREST OF INEC CHAIRMAN

This is not Pam first time in the news; as a judge of a federal high court, his influence plays in news circles from time to time.You may however remember him from August 2018, when he ordered the arrest of Mahmood Yakubu, the chairman of the Independent National Electoral Commission (INEC), for contempt of court.

In July 2018, Pam requested the presence of the INEC chairman in court to defend a case filed against him by Ejike Oguebego, chairman of the Peoples Democratic Party (PDP) in Anambra state, and Chuks Okoye, the party’s legal adviser. But Yakubu failed to appear in court, twice.Pam then issued the arrest warrant for “flagrant disobedience of court orders”. The court of appeal stood in the way of the arrest by ordering a stay of proceedings.Recently, he granted an order to restrain Godwin Obaseki, the governor of Edo state, from shutting out unvaccinated citizens from religious gatherings in the state.You may not be able to find two pictures of the Plateau-raised judge on the internet, but you definitely have read or heard of many of the cases he has presided over. For every major time he has lingered in the public consciousness, Stephen Daylop Pam has always been seen to be on the side of the law.