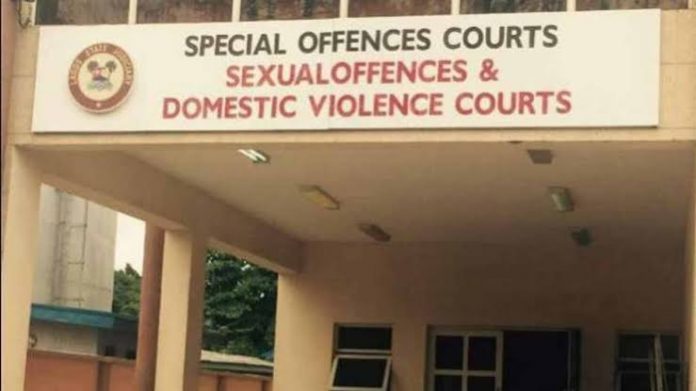 The Ikeja Sexual Offences and Domestic Violence Court on Tuesday sentenced a factory worker, Kazeem Adedayo, to life imprisonment for inserting his fingers into the private part of his neighbour’s 11-year-old daughter.

Justice Abiola Soladoye, in her judgement, held that the prosecution successfully proved the charge of sexual assault by penetration against Mr Adedayo.

“The testimony of the survivor was truthful as she identified the defendant as ‘Baba Jamal’ and also gave a vivid account of how he inserted his fingers into her vagina while fetching water in the compound.

“A medical examination carried out by Doctor Oyedeji Alagbe also revealed a reddened and bruised vagina as the hymen was almost obliterated.

“The defendant was unable to explain why he was the only one pointed at, in a house full of tenants, as the perpetrator of the heinous crime.

The judge held that the prosecution proved the ingredients of the case against the defendant, saying that the survivor could not have consented to any sexual act with the defendant.

She added that two exhibits – A and B – tendered before the court, which were statements of the defendant and the survivor, were unambiguous.

“This honourable court is convinced that the overwhelming evidence is compelling as the survivor identified the defendant in the dock.

“I hereby find the defendant guilty as charged, and he is hereby sentenced to life imprisonment,” Soladoye said.

The prosecution team led by Olusola Shoneye, Deputy Director of Public Prosecutions, presented three witnesses during the trial while the defence presented two.

The prosecution team submitted that the convict committed the offence on January 12, 2018, at about 2:00 p.m. on Markati Lane, Oshodi, Lagos State.