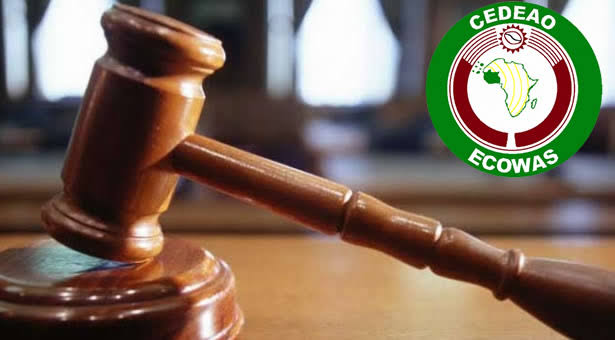 A man, Mr Hassane Nouhou, has dragged the Nigerien Government before the ECOWAS Court of Justice for allegedly tolerating serfdom in spite of signing international instruments against the practice.Nouhou filed the petition on behalf of 260 families living in the village of Danki.

He alleged that they have been suffering from the inaction of the State of Niger to stop an ancient custom. The applicant is therefore asking the Court to order the Republic of Niger to pay each of the families living in Danki compensation of 10,000,000 FCFA, or 2,600,000,000 FCFA for the 260 families.

In Niger, land belonged to the masters and the rights of ownership transmitted by way of succession while former slaves and their descendants cannot own land.“Consequently, the settlers in Danki village have neither the right to cultivate nor to build on the land.

Nouhou informed the Court that the settlers of Danki stopped presenting the gifts after the area was designated an administrative entity but the Kourmo family sued them in various courts.

He told the ECOWAS Court that the Kourmo family was able to secure favourable judgments based on the provisions of customary law.

“By tolerating serfdom, Niger was in violation of its obligation to article 4 of the Universal Declaration of Human Rights, article 8 and 4(2) of the International Covenant on Civil and Political Rights.

“Under those dispositions, slavery and serfdom are prohibited without derogation.

“By relying on customary law on land, there is no possibility of the Danki settlers getting a fair trial from the judiciary.

The court is yet to fix a date for hearing.

The matter will be heard by a panel comprising of Justices Gberi-Be Ouattara Eikura Bangura and Januária Moreira Costa.