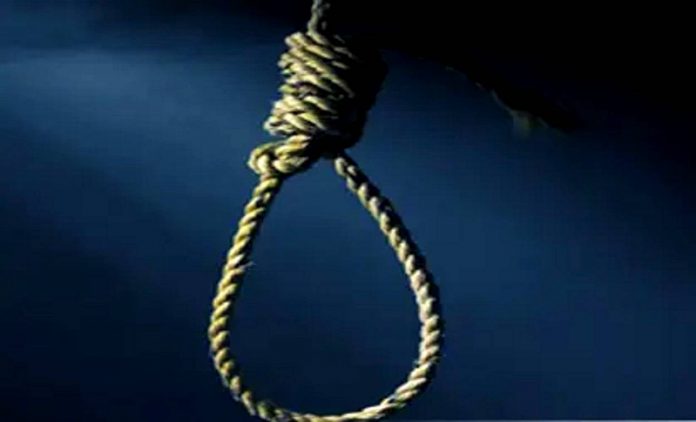 The body of an unidentified man was seen, Sunday, hanging at a flyover some distance from the NNPC mega filling station, Ekeki suburb of Yenagoa, Bayelsa State.

Some believed he might have committed suicide by hanging himself Saturday night.

The body of the man said to be in his late thirties, clad in a blue long-sleeves shirt and brown trousers, was found dangling with the rope he allegedly used on the rail of the flyover by some passers-by on Sunday, according to sources.

It was learned that no suicide note was found on him.

“Until his sad end, he was always seen around the Swali market area. I don’t know if he was mad or not but he was always on his own, “ said a vegetable seller at the popular market, who simply identified herself as Mama John.

The spokesman of the state police command, Asinim Butswat, who confirmed the incident, said: “We have not been able to identify him (deceased) since the development came up yesterday or so.

“But the corpse was removed from the scene by the police and deposited at the Federal Medical Centre morgue. Nobody has come forward to identify him.”