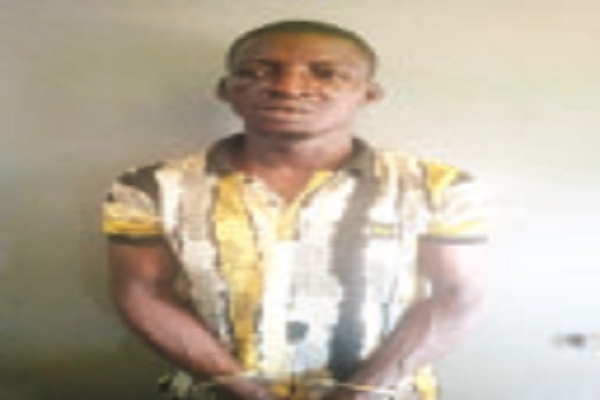 Police have arrested a 32-year old man, Biodun Adebiyi, for beating a 30-year old cigarette seller to death over N50 change.The suspect, who was arrested on December 5 by detectives from Idiroko divisional headquarters, had gone to a shop in the Ajegunle area of Idiroko to buy cigarettes where one Mukaila Adamu attended to him.About eight hours later around 10pm, the suspect returned to the shop, demanding his N50 change from Mukaila and in an ensuing argument, he beat the seller to death.

The father of the deceased, one Adamu Abubakar, who reported the incident, told detectives that the suspect descended heavily on his son, Mukaila Adamu, with fist blows, causing his son to collapse and was confirmed dead at the hospital.

Police spokesman, Abimbola Oyeyemi, in a statement yesterday, said the divisional police officer, Shadrach Oriloye, mobilised detectives to the scene same day and arrested the suspects.Oyeyemi said the body of the deceased has been deposited in a morgue for autopsy as investigation continued.