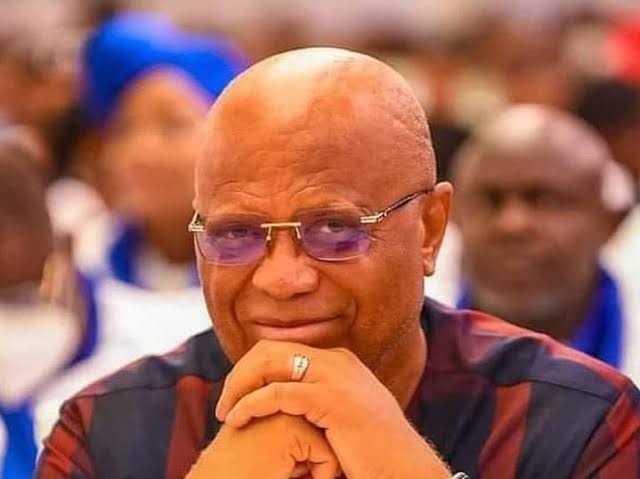 The Chief Judge of the Federal Capital Territory, FCT, High Court has queried Emmanuel Iyanna, a chief magistrate, over a warrant of arrest he issued against Umo Eno, governorship candidate of Peoples Democratic Party, PDP, in Akwa Ibom State.

Eno, through his legal team led by Samuel Ikpo, had sent a petition against the senior magistrate over the “issuance of irregular and illegal warrant of arrest” against him.

Iyanna had issued the warrant on December 23 after convicting the governorship candidate on charges bordering on “cheating and dishonestly inducing delivery of property.”

The complainant, in the suit marked CR/94/2022, is one Edet Godwin Etim. Eno’s campaign organisation denied knowledge of the suit.

However, in a motion on notice filed before the court on Monday, the governorship candidate, through his team of lawyers, prayed the court to set aside the warrant of arrest.

In the affidavit in support of the motion, Ikpo said the defendant applicant, Eno, found out about the suit and the warrant of arrest via social media.

Ruling on the application on Wednesday, the chief magistrate granted the prayer of the applicant and vacated the warrant of arrest. He also set aside the entire proceedings and judgment.

However, a letter dated January 10 and signed by Oluseyi Amose on behalf of the chief judge, notified the chief magistrate of the petition against him.

The letter stated that the petitioners have “called for disciplinary action to be taken” against the chief magistrate.

“His lordship, the honourable chief judge of the High Court of the Federal Capital Territory (FCT), Abuja is in receipt of the above petition from the law firm of Samuel Ikpo & Company (Zion Chambers) of No.26, Oron Road, Uyo, Akwa Ibom State and has directed me to forward a copy of the self-explanatory petition to your worship for comments as soon as possible,” the letter read.