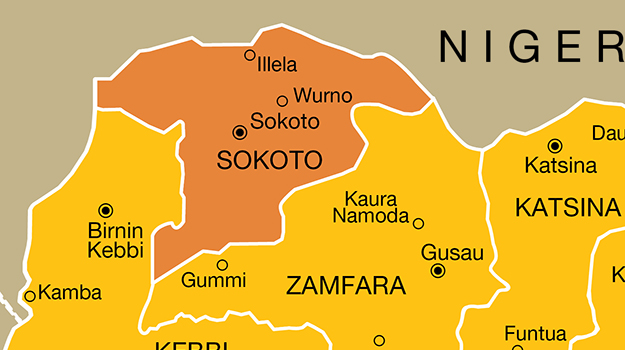 The presiding Magistrate, Mariya Haruna Dogon Daji has adjourned to June 15th for the continuation of the hearing on a case of child abandonment brought before her against one Jamilu Musa, who is a lecturer with the Department of Science and Laboratory, Umaru Ali Shinkafi Polytechnic, Sokoto.

The accused person, Jamilu Musa according to the Prosecutor was said to have committed desertion of child offence which is contrary to section 212 of the Sokoto State 2002 law,

A female lawyer, Barrister Loveth Bello was in the Court to watch the proceeding for FIDA.

The Prosecutor who informed the Court that he intends calling 4 witnesses out of whom 2 have already testified, added that he has the 3rd on in Court as Principal Witness 3.

in her evidence before the Court, the PW3, Asmau Abubakar Jibrin who is the Data Officer of the Sokoto State Ministry for Women and Children Affairs, said sometimes in January 2021 the Director of Women Affairs of the Ministry gave her a number to call and lodge her complaint.
‘It was last year January 2021 but I can’t recall the date. The Director of Women Affairs gave me the number of one lady (name withheld) and I called her and she reported a case of rape which I reverted back to my Director.

“The lady (name withheld) was later invited to the Ministry for more details. While in the office, she gave details about how she was raped and the culprit abandoned the child.
“After hearing from her, the Ministry directed her to FIDA where she reported that the perpetrator refused to take responsibility for the child”.

Continuing, the PW3 said as a way of assisting the survivor, the Ministry try as much as possible to include her in any of their empowerment programmes to enable her to fend for the child.

While cross-examining the PW3, the defence counsel, Barrister Umar Abubakar asked if the Ministry has any register with respect to this incident and she answered in the affirmative, saying, ‘Every incident is recorded in our national dashboard”.
The Prosecutor thereafter made an oral application for adjournment to enable him to come with PW4. And his application was granted hence adjourning the case to the 15th of June for the continuation of the hearing.

It was also gathered that the father of the survivor vowed never to allow her to enter his house having brought such shame upon him.

Meanwhile, a relative of the survivor who preferred not to be mentioned said, the lecturer after getting her pregnant hurriedly married her to evade backlash and punishment from either the school authority or society.

The family source continued by saying, shortly after the marriage, Jamilu Musa divorced the lady and abandoned the baby as well.