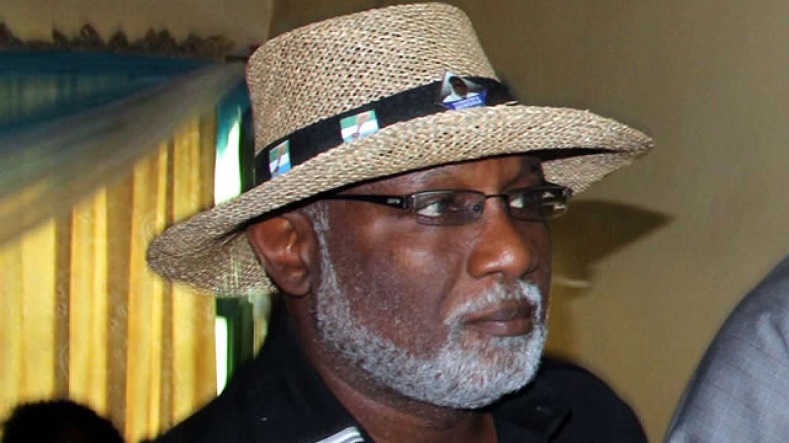 Advert
The lawmakers in the Ondo State House of Assembly has called on the Governor, Rotimi Akeredolu, to give the women folks a 35 % affirmative in the positions of government and political leadership in the state.
The parliamentarians who explained that the females are not being carried along “well enough” in the ruling government of the All Progressives Congress (APC) in the state said the appointment made so far should be review to occupy women.
The legislators showed concern at how the women in the state have been locked out in the political scheme of things in the administration of GovernorAkeredolu mostly in decision making process.
They jointly raised their voice on Tuesday at the State House of Assembly during a plenary session held inside the hallow chamber of the parliament complex in Akure, the state capital.
Kemisola Adesanya, the lawmaker who represents Akure South Constituency I at the Assembly disclosed that the women are raising their voices against the way they are being marginalized in some of the decisions of the state.
Mrs. Adesanya said the female folks are bittered by some recent appointments in the State made by Governor Akeredolu adding that more women are needed in the open leadership of the State.
She disclosed that the women are underrepresented in the government of the All Progressives Congress (APC) despite their contributions to its emergence.
“The women in Ondo State are not happy at the way they are being marginalized in the leadership and government positions of this state under the APC.
“The women should not be shut out of the policies and decision making of the government because they make larger percentage in our society” she said.
Ifedayo Akinsoyinu, the lawmaker who represents Ondo West Constituency II at the Assembly said more positions should be fixed for the female folks.
Mr. Akinsoyinu said women occupies a central position in the family and that it would be unfair to shut them out of the government and governance in the state.
He disclosed that the women should be adequately compensated for their roles at bringing the government of Governor Rotimi Akeredolu on board in the state.
“I look forward for a day where a woman would be the Governor of this state and we shall fully support such female folk” Suleiman Maito, lawmaker representing Akoko North West Constituency argued that the women folk should also come out boldly by showing they are prepared for governance in the state.
Mr. Maito disclosed that if the women in the state show interest in politics no one will shut them out of government adding that governance is a serious business.
“Like an adage said that ‘you could take a horse to the river but you cannot force it to drink water’, so they should show interest and be ready for governance.
“I am of the opinion that we too should encourage the females (women) to also participate in the politics of their region by joining political groups”. he added.
On his part, Ade Adeniyi, the legislator representing Ondo West Constituency I said when women are given positions many of them still performs better than their male folks in office.
Mr. Adeniyi noted that Ondo State has great women of substance who could take mantle of leadership and position in the state and further asked the Governor to review his criteria in chosen members of his cabinet.
“We have women in Ondo State that are ready to work even better than we (men), so Governor Akeredolu should consider them to participate in the decisions of his government” the lawmaker said.
The Speaker of the Ondo State House of Assembly, Bamidele David Oleyeloogun, in his words said women should be given a voice in the policies and running of the government at all levels.
Mr. Oleyeloogun expressed concerns at how the female folks are taking the back stage in the government of the ruling All Progressives Congress (APC) in the state adding that some appointment will soon be allocated to them.
He added that more pressure will also be put on the government of Governor Rotimi Akeredolu at ensuring women are allowed space in his administration.