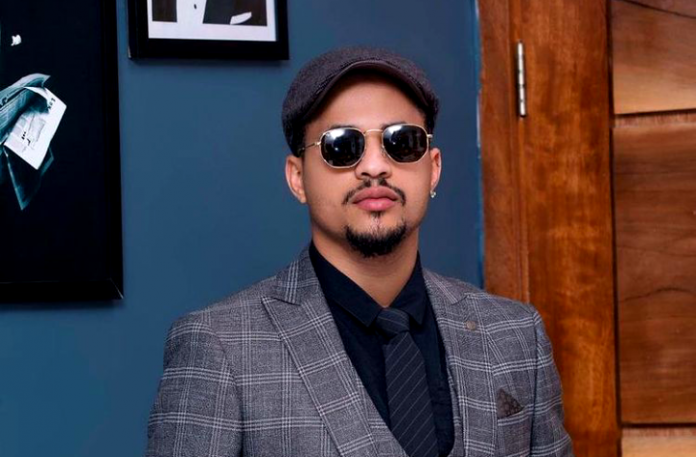 The events that led to the death of BBNaija star, Rico Swavey, was revealed by the family on Thursday, as they held a press conference in Lagos, to explain to  the world what really happened. The press conference which had Lagos State government officials, members of the press and members of Rico Swavey’s family in attendance, was to “clear the air and lay down the facts’ ‘, according to Mayo Dele, the spokesperson of the family.

Mayo stressed that most of the stories people read and heard concerning the death of Rico Swavey were not true. To buttress his point, he invited Sunday Michael, the Uber driver who was the first person to respond to the accident, to explain what happened.

“On the 12th of October at 12:30am, I was driving a passenger from Sangotedo to Ajah. As I was driving along Abraham Adesanya, I saw a car drive past me with speed and before I realized what happened, I heard a sound as loud as dynamite. While looking in the direction of the sound, I saw an accident around a bad spot at Abraham Adesanya roundabout.” Sunday Michael began.

Sunday further explained how he got help from a good Samaritan who helped him in lifting Rico’s body from his damaged car to the Uber ride, after which he took Rico to the nearest hospital widely reported on social media.

Sunday said they wasted over two hours at the hospital, after which the management asked them to take the deceased somewhere else. They took him to another hospital (name withheld) where he actually died. He confessed he made the viral video with the nurses laughing to protect himself.

“The words they said shocked me, so in order to save myself, I brought out my phone to make a video of what was happening. The video of the nurses joking around circulating online was done by me at the hospital as evidence in case anything happened to him (Rico).” Sunday said.

Sunday, who revealed that the day he heard Rico had died was a sad day for him, cleared the air on Rico’s state of mind before the accident, insisting Rico was not drunk when he was with him throughout the morning of his accident.

“Rico Swavey was not drunk! The road at Abraham Adesanya Roundabout is bad and it takes only a driver with a good knowledge of the road to drive safely on speed. Rico didn’t know the road well, and he hit his car against a bad spot on the road. If you notice, his car’s bonnet was split into two. He was not drunk please.” Sunday firmly said.

The family on their part revealed that the hospital where Rico Swavey died demanded they deposit N4.5 million before they could treat him.

“We paid 3.5 Million in two installments to them; 1.5 Million at first, and then 2.0 Million later. The total amount used on the patient was 1.8 Million.” Mayo, the family spokesperson revealed.