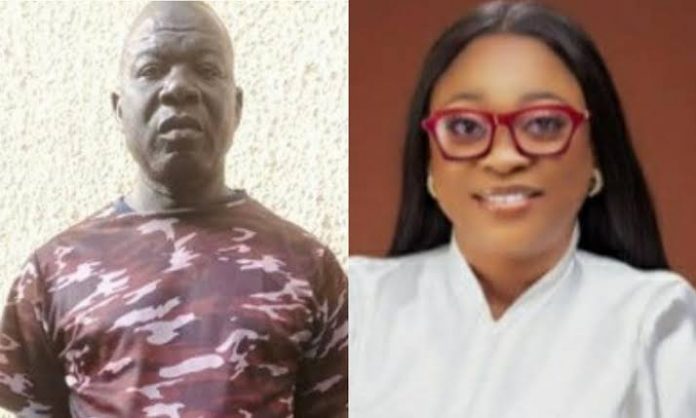 The first prosecution witness, Inspector Matthew Ameh has told a court in Lagos that the family vehicle of the deceased lawyer was flagged down by police officers conducting a stop and search because it did not have a plate number.

Led in his testimony by the Attorney General of Lagos, Senior Advocate of Nigeria, Moyosore Onigbanjo, Ameh told the court that when the vehicle was stopped, Vandi who was the leader of their patrol team, was behind while he was in the middle, and another colleague was in front. According to the witness, his colleague who was in front was the first person to flag the car down but the car did not stop.

“I also flagged down the car, the car did not stop for me. The car is a Toyota vehicle and it had no plate number. I saw people in the car. I don’t know how many people were in the car because it did not stop.’‘Ameh told the court

“It had no number plate. After that the next thing I heard was a gunshot. I looked back to see what was happening, I saw a car in which the windscreen was falling down. The next thing, I saw is that one dark woman jumped down from the vehicle. She held SUPOL Vandi and she said ‘Oga you have killed my sister’. The woman held him. The next thing, they entered the car and they all zoomed off.” he said

The witness also testified that while Vandi and the other officer were armed, he was unarmed.

Ameh told the court that after the car zoomed off with Inspector Vandi, he and his colleague went back to the office without knowing his whereabouts.

“Later the DPO brought back inspector Vandi with the patrol before taking them to Panti. The incident occurred around 1pm on the faithful day.” he said

Under cross-examination by counsel to Vandi, Adetokunbo Odutola, the witness repeated that he did not know the number of people riding in the car because the car didn’t stop for a search. He also repeated his earlier testimony that the deceased family’s vehicle had no number plate.

The witness also testified that there was no threat from the family to the police patrol team.

After his testimony, the witness was discharged and the court adjourned proceedings till the January 25th and 26th. The court also ordered an accelerated hearing of the matter.

Before the testimony, Vandi was arraigned on a one count charge of murder.

“that you ASP Drambi Vandi on the 25th day of December 2022, at Ajah Road long the Lekki Expressway, Lagos unlawfully killed one Omobolanle Raheem by shooting the deceased in the chest contrary to Section 223 of the Criminal Law of Lagos State 2015.”

When the charge was read to the defendant, he pleaded not guilty.