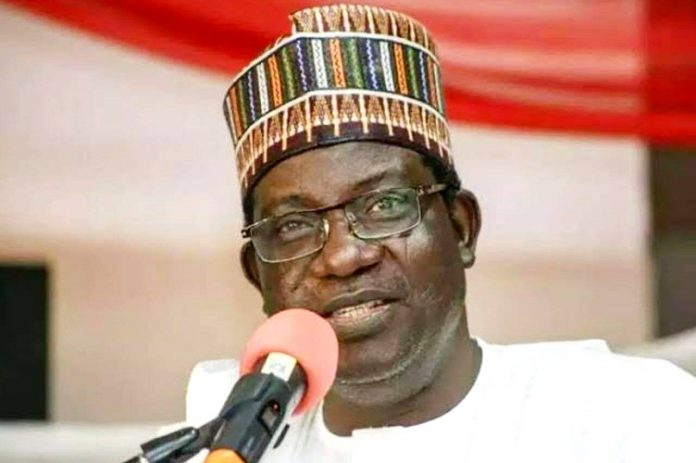 Plateau State Governor Simon Lalong has signed into law the 2023 Appropriation Bill of 149.9 Billion naira passed by the State House of Assembly.

While signing the budget into law in the presence of the Speaker House of Assembly Rt. Hon. Yakubu Sanda and Chief Judge David Mann, the Governor commended the State House of Assembly for giving due attention to the budget and passing it in record time in line with the provisions of SFTAS.

He said as the last budget of the Rescue Administration, the Government will do its best to implement the budget and smoothly bow out by handing over a virile economy to the next administration.

Lalong stated the synergy between the three Arms of Government will continue as it has yielded positive results which are evident in the smooth running of Government and implementation of critical projects and programmes.

The Commissioner for Budget and Planning Dan Hirkop said the House of Assembly had raised the earlier budget of 139.3 Billion naira to 149.9 Billion having considered other issues such as the injection of more staff into the workforce as well as the transition to the next administration among others.

He said the approved 2023 budget consists of recurrent expenditure of N84.153 Billion and a capital component of N65.594 Billion.

Meanwhile, the State Executive Council has approved the transmission of the Draft Bill for the creation of the Plateau State Senior Secondary School Education Board to take charge of all secondary education matters.

Briefing newsmen after the Executive Council Meeting, the Commissioner for Secondary Education Mrs. Elizabeth Wapmuk said the creation of the Board will make the management of secondary schools in the State more efficient and productive as funding, recruitment, and human resource management will be better handled.

Commissioner for Information and Communication Dan Manjang said the council also the Council has received a request from the United Nations for the establishment of the Peace University in Plateau State. He said the Government is working with the UN to fine-tune the details of the venture.

He also disclosed that the modalities for the creation of Development Areas are still ongoing while the Council has advised traditional institutions which are yet to fill vacant stools to do so as soon as possible.

Manjang also announced the approval of the Debt Management Strategy of the State as well as received reports from two sub-councils.