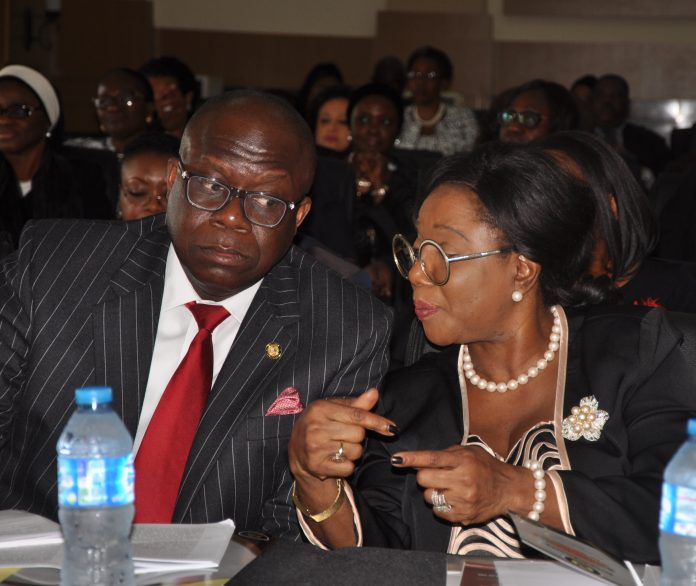 Lagos State Attorney General and Commissioner for Justice, Mr Adeniji Kazeem has said the state requires N3.5 billion for the appointment of 44 judges of the High Court of Lagos State to increase the number of judges in the state judiciary to 100.

Mr Kazeem made this assertion on Tuesday in Lagos at the Bar and Bench forum organised by the state judiciary to mark the 2017/2018 legal year and the golden jubilee of the state judiciary. The Attorney General responded to the calls of senior lawyers for the government to appoint more judges to reduce the workload of judges.

The Keynote speaker at the occasion, Chief Wole Olanipekun SAN analysed the sheer workload of judges in the state thus: “Lagos state is by far the busiest judiciary in Africa; perhaps apart from South Africa, meaning that it is busier than the judiciary of any other nation in Africa”.

Olanipekun compared the state workload to that of the Federal High Court which has 3963 cases filed before it between 2015 and 2017, yet has 100 judges.

He then added:”If any state Judiciary deserves the sympathy and understanding of both Lagos State government and the National Judicial Council (NJC), it is the judiciary of this state, which urgently needs more hands, particularly on the High Court Bench, to cater for the judicial challenges facing it;

It is natural that Lagos will continue to attract diverse litigation in every area and aspects of law, be it civil, criminal, maritime, aviation, contract, commercial banking, insurance, oil and gas. For 56 judges to take charge of well over 12,000 cases pending in Lagos Courts is unrealistic as the state judiciary does not need anything less than 100 judges for now”.

Responding, the Attorney General said the state is aware of the needs of the judiciary and is doing everything possible to meet the challenges. He said that the state will need not less than N2.5 billion to provide houses and vehicles for 44 judges. Besides, the state will need additional one billion naira to enhance their emoluments as it has consistently done since 1999.

It would be recalled that the state under the governorship of Asiwaju Bola Ahmed Tinubu increased the allowances and emoluments of judicial officers with 300 percent above their statutory earning, making Lagos State judges to earn more than even justices of the Supreme Court. He also allocated owner occupier houses to the judges so that they no longer have to leave their comfortable houses at retirement. Their official vehicles are also theirs for live.

This caused a lot of controversy back then as many people, including the late Chief Judge of Federal High Court, Justice Babatunde Belgore, who accused Tinubu of trying to pocket Lagos judges.

However, other judiciaries soon followed the Lagos examples as conditions of service for judicial officers were improved upon. Even the Federal Government followed suit. The incumbent Vice President, Prof Yemi Osinbajo was the Attorney General of the state that supervised the reforms in the justice sector then. Many of the policies loke the establishment of the Office of the Public Defender, and Citizens Mediation Centre has been replicated across Nigeria.

However, Mr Kazeem said that the state government is reviewing the emolument of the judges but “cannot disclose the exact figure in this forum”. The state may have also began the process of employment of more judges as the State Judicial Service Commission have already placed advertisement calling on qualified candidates to apply through the commission.