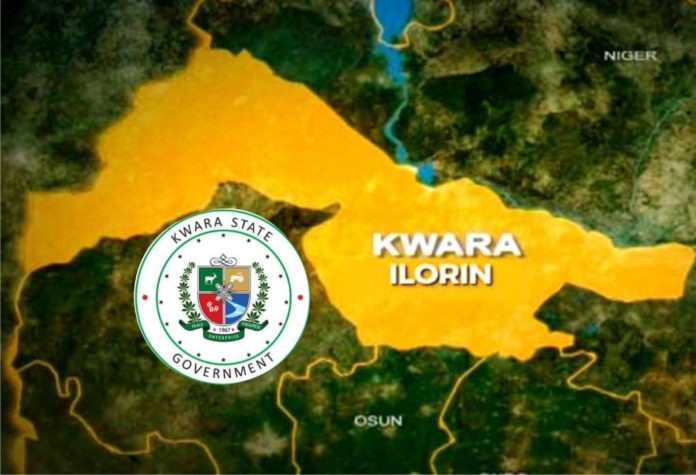 The principal of Hassanat Islamic College, identified simply as Prosper, has gone into hiding after allegedly defiling seven female pupils of the school around Tanke, in the Ilorin South Local Government Area of Kwara State.

It was gathered that Prosper, who had been allegedly defiling the pupils for a while, usually used his influence as the principal of the school to threaten them against informing anyone.

Traumatised by the illicit act, one of the pupils, who could no longer cope with the principal’s action, confided in one of the teachers of the school.

In a bid to acquire concrete evidence linking Prosper to the crime, the teacher alongside other teachers of the school, commenced an investigation and were able to get other affected pupils to narrate their ordeals in his hands.

In some of the chats with the pupils on WhatsApp, Prosper wrote, “You are the sweetest lady I have ever go down and suck,” “When I dipped my tongue inside of you, how did you feel?” “Let’s f**k tomorrow morning baby, I know you are tired of your virginity.”

One of the teachers said investigation revealed that the principal allegedly also perpetrated the crime at one of the victim’s parent’s house.

The teacher said, “We got to know when one of the female students opened up to one of us in the first week of April. We knew innocent pupils should not be exposed to such sexual act at such a young age.

“But to get to the root of the matter, we knew it would take a lot of time. So, one of us started being friendly with a lot of female students and in the process some of them started giving the teacher access to their phones.

“They also showed the teacher WhatsApp messages and voice with the principal. The female students were close to the principal and we were able to get seven with evidence.

“From one of the messages we had, he (principal) even went to the house of one of the victims to sexually abuse her. But he mostly perpetrated the crime on the school premises.”

The teacher said the case was reported to the police but Prosper absconded after discovering about the internal investigation.

“When we confronted him with the allegations, he denied. But when we showed the facts, he admitted and promised to stop,”

It was also gathered that some of the pupils who were said to be within the age range of 14 and 16 had visited the nearest police station to make an official complaint against the fleeing principal.

Contacted, Prosper, who spoke from his hideouts said, “Sir, please forgive me. I’m an orphan; I am ashamed of myself and I don’t know what to do. I have left Ilorin because of this.”

The state Police Public Relations Officer, Okasanmi Ajayi, when contacted, said, “I have reached out to the Divisional Police Officer as regards this case. I was told two children made statements at the station. The investigation is ongoing.”

Reacting to the development, the Project Director, RESTforHer, an organisation against sexual and gender based violence, Dr. Olatoun Adeola, said when an educator sexually abuse students, the action could deeply affect the physical and moral integrity of the victims.

“The effects vary for each person as people are all affected by situations differently. Some physical effects may be instantly apparent. Victims of sexual molestation may experience disassociation and emotional numbness due to the shock of what they have experienced.

“The disassociation they feel may lead to poor performance in their academics in the long run. The concerned students should be encouraged to get help from professionals,” Adeola said.

There are reported cases of minors being defiled in various areas in Kwara State.

In March 2021, the Nigeria Security and Civil Defence Corps, Kwara Command, arrested a 65-years-old widower, Samuel Darisa, for allegedly defiling a 10-year-old girl around the Agba dam area, GRA, in the Ilorin area of the state.

Also, in December 2021, the NSCDC officials arrested a 53-year-old bricklayer, Michael Adebayo, who allegedly had canal knowledge of the 14-year-old daughter of his friend around Elekoyangan, Ilorin.