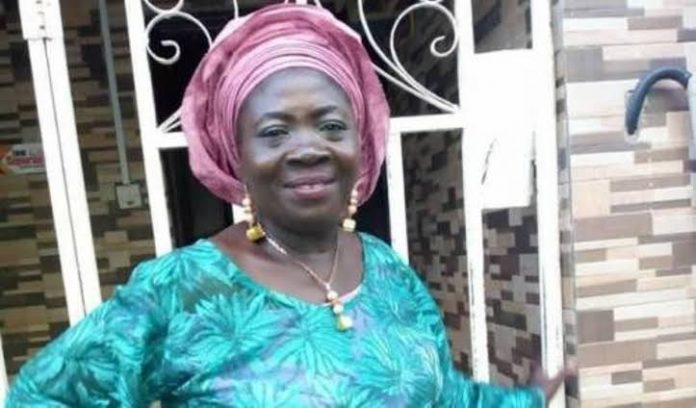 The ECOWAS Court has ordered the Nigerian Government to pay N10million in compensation to the family of the late Salome Acheju Abuh.

Abuh, 60, was assassinated two days after the November 16, 2019 governorship election in Kogi state.

She was shot and burnt after the invasion of her home in Ochadamu town under Ofu Local Government Area.

The deceased was the woman leader of the Peoples Democratic Party (PDP) in Ochadamu.

In the judgement against Nigeria, Justice Edward Amoako Asante said the government failed in its obligations to protect the politician’s life.

The court held that Nigeria did not properly investigate, arrest and prosecute the killers as guaranteed under Articles 1 and 4 of the African Charter on Human and Peoples’ Rights.

The court, therefore, ordered the authorities to carry out an effective investigation and bring the perpetrators to book.

The applicants were Simeon Babani Seidu Abuh, Ogbadu David Abuh and Daniel Achimugu – spouse, son and brother to the deceased.

They filed an application ECW/CCJ/APP/22/20 on 17th May 2020 through their lawyers Messrs Festus Oguche and Daniel Makolo.

The suit said Abuh was severely beaten at her polling unit for daring to protest the violence unleashed by thugs of the ruling All Progressives Congress (APC).

The litigants recalled that the attackers forcefully accessed Abuh’s house at Ochadamu where she was recovering from injuries and killed her.

They maintained the matriarch was eliminated for campaigning for the opposition PDP, adding that security agents nearby did nothing.

Nigerian government’s counsel, Maimuna Lami Shiru filed a preliminary objection challenging the competence of the court to hear the case.

Shiru said the submissions of the applicants were unfounded and the case should be ruled inadmissible since they did not give the names of the culprits.

The lawyer told the court that they were not witnesses to the incident and were not the direct victims of the alleged violations.

But the court informed Nigeria that it had jurisdiction to hear the matter as it bothered on the violation of human rights and dismissed the objection.

The judges declared the case admissible since it was filed by direct relatives of the deceased who are qualified to file for themselves.

Also on the three member panel with Justice Asante were Justices Gberi-Be Ouattara and Dupe Atoki.

On March 23, 2021, Justice Fola Ajayi of the State High Court in Idah, Kogi, convicted and sentenced only Edicha to 12 years and six months in prison.

The judgment triggered outrage as Nigerians contended that the convict did not commit the gruesome crime alone.

UN Deputy Secretary, Amina Mohammed condemned the killing of Aduh during her visit to President Muhammadu Buhari on November 24, 2019.