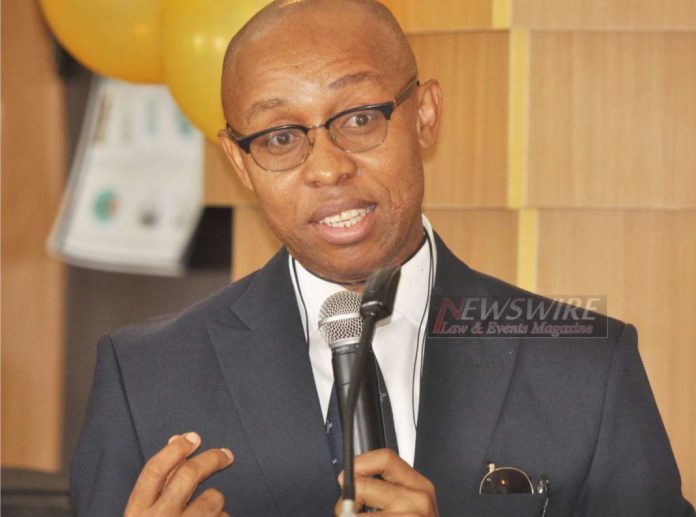 “The first thing we do, let’s kill all the lawyers”

​Tamuno Igbikiberebima is an unlikely star in an action movie. He is a lawyer employed with Nigeria’s national hydro-carbons monopoly. On 17 December, 2020, Tamuno was home in Rumuigbo, in Obio/Akpor Local Government Area (LGA) of Rivers State, in Nigeria’s Niger Delta, contemplating Christmas in the season of COVID-19 and on his phone in front of the gate into his premises, when a Toyota Camry car pulled up beside him.

From the bowels of the car, a young man emerged armed with what the police later confirmed to be an AK-47 rifle and ordered him into the car. Tamuno had the presence of mind to ask why, to which the young man reportedly responded that his mission was to waste him. Tamuno takes the story from here:

“When I noticed how he was handling the gun, it appeared to me that he is not proficient in gun handling. I told myself that ‘ordinarily one-to-one this man cannot beat me.’ ….When he faced the nozzle of the rifle down trying to cock the gun, I started struggling with him. In the process both of us shot one bullet on the ground. When he saw a crowd coming, he left the rifle and ran into the car.”

Tamuno and his neighbours mobilized and chased after the wannabe assassin, capturing him before handing him over to the Nigeria Police. This is how he explained what drove him: “most likely their intention was to kidnap or assassinate me. I think it is important for me to do it in front of my gate. It would be more honourable instead of following them to wherever they wanted to take me to.”

Tamuno was lucky not to have had his life ended in front of his gate. Ken Asuete was not so lucky. Like Tamuno, Asuete was a lawyer in Rivers State, representing the All Progressives Congress (APC) in Rivers State while the party was in opposition at the federal level before the 2015 presidential election.

Despite being a relatively young lawyer, Asuete had built a significant portfolio of party political clients and had begun to make a name for himself. On the night of 28 August, 2016, some unknown men cornered Asuete along Onuchiolu Road in Aluu, Ikwere LGA on the outskirts of Port Harcourt, the State capital, killing him.

Ken Asuete’s fate was by no means limited to lawyers associated with the APC. On 12 March 2020, unidentified gunmen abducted Soalabor West, a lawyer who aspired to contest for the governorship ticket of the Peoples Democratic Party (PDP), from his farm also in Aluu. Six days later, while Soala’s family was still in negotiation with the supposed abductors, his decomposing remains bearing machete cuts and bullet wounds were discovered in a bush near the Elekahia Pipeline in Port Harcourt.

Unlike Ken Asuete and Soalabor, Sampson Worlu did not get the opportunity to put his lawyering skills to use before he was killed. In November 2015, Sampson was admitted to the Nigerian Bar in Abuja. The week thereafter he headed to Owerri, Imo State, to commence his National Youth Service Corps (NYSC) programme. He never made it to Owerri. Despite collecting the sum of N1.5 million from Sampson’s heart-broken family, his abductors killed him. He was 32.

Lawyers like to claim that theirs is a vocation without females. Like their male counterparts in Rivers State, female lawyers have not been spared. Isaac Obe was the president of Eleme Youth Council in Rivers State when he was killed at home with a friend of his in what was suspected to be gang hit at the end of April 2017. Isaac’s younger sister, Mary, swore at her brother’s funeral that she will “fight his killers to the end.”Seven months after the killing of her brother, in the early hours of 29 November, 2017, gunmen entered Alode, and, in the same community and manner in which they killed Isaac, assassinated Mary.

Paulette Ajayi, another female lawyer, was luckier than Mary Obe. In early October 2020, unknown gunmen abducted Ms. Ajayi from her residence in Rumuokwurushi in Port Harcourt, from where they ferried her into hiding in the appropriately named Okomoko Forest in Etche LGA. On 8 October, the police rescued Ms. Ajayi in an encounter in which one of the suspected abductors, Chinedu Chigbu, sustained fatal gun-shot injuries.

Promise Frank Igwe was a lawyer in Port Harcourt. In early April 2019, he reportedly received a telephone call inviting him to meet with someone at a rendez-vous, in a bar in Ozuoba community in Obio/Akpor, Rivers State. While he waited on a Friday morning, unidentified young men dressed in black alighted from a vehicle, reportedly shot him four times in the chest and then escaped. The only thing they took from Promise was his telephone handset. He died on the spot.

This pattern of killing of lawyers in and around Port Harcourt is not history. Around 20 November 2022, unidentified gunmen killed Lazarus Jerome in Ahoada, Rivers State. The following day, his lawyer, Nathan Akatakpo, met the same fate in the same neighbourhood.

Five years after the crime, in July 2020, the High Court of Rivers State convicted Chinwendu Alozie, Wilfred Jumbo, and Gift Amadi for the murder of Sampson Worlu, sentencing them to death. Three months after he was killed, the police in Port Harcourt organized a news conference at which they paraded five men as suspects in the killing of Ken Asuete. There has been no conviction but these two are exceptions to a pattern of impunity.

Former First Vice-President of the Nigerian Bar Association, John Aikpokpo Martins, says of these attacks on lawyers in Rivers State that “it is so normal to kill a lawyer for defending others.” Increasingly, many Nigerian lawyers now live on the horns of a choice between silver and lead.

Rivers State only illustrates a trend that appears to have become normalized in the country. In neighbouring Imo State, former chair of the Nigerian Bar Association (NBA) in Owerri, Ndionyenma Nwankwo, was matcheted to death in February 2021 in an attack in which the principal suspect was his chauffer, who remains at large. The following month, in March 2021, Frank Onwuachi, Chair of the NBA in Otuocha, nearOnitsha, was similarly liquidated.

They are by no means the only NBA leaders to have been killed. In September 2018, Emeka Agundu, Chair of the Association in Obollo-Afor, Udenu LGA of Enugu State, was shot dead.

In December, 2018, Adeola Adebayo, Secretary of the Association in Ikole-Ekiti in south-west Nigeria was abducted and murdered.

In August 2002, then Chairman of the NBA in Onitsha,Anambra State, Barnabas Igwe and his wife, Abigail, also a lawyer, were both brutally murdered by unknown persons.

The year before that, the Attorney-General of the Federation and Minister of Justice, Bola Ige, was killed in his house in Bodija, Ibadan, Oyo State on 23 December 2001.

According to the United Nations Basic Principles on the Role of Lawyers, “where the security of lawyers is threatened as a result of discharging their
functions, they shall be adequately safeguarded by the authorities.” Sadly, a government – such as we have in Nigeria – that is unable to guarantee basic safety and security for its citizens, however, cannot do much to help lawyers.

In the past, the response of the NBA was to launch an appeal fund to assist lawyers in emergency in parts of the country, which was poorly subscribed. Today, the emergency affects lawyers all over the country and requires the Bar Association to re-imagine itself and its capabilities.

A Lawyer and a teacher, Odinkalu can be reached at chidi.odinkalu@tufts.edu