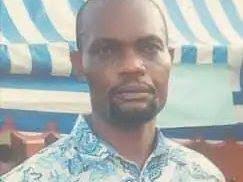 A mechanic, identified as Segun, in Ugbe-Akoko, Ondo State, has been arrested by police detectives over the kidnap and murder of a businessman, Augustine Okoye, after payment of ransom.

Okoye and his wife, Bolaji, were abducted on the Isua-Ise Akoko highway some weeks ago

The businessman was murdered while at the kidnapper’s den over irreconcilable differences on the amount agreed upon as ransom while the abductors released the wife.

It was learnt the ransom paid ran into millions of Naira.

Sources said that the wife of the deceased, Bolaji, had told the police that her husband’s mechanic, simply called Segun, was sighted in the bush while they were being held hostage and during the negotiations on ransom to be paid to secure their release.

The Police Area Commander, ACP Muri Agboola, said the mechanic has been arrested and moved to the state Police Headquarters in Akure for further interrogation.

Recall that the released wife of the late businessman had declined to speak on the incident since she was released by their captors.

Police sources said the shock of seeing the husband’s mechanic as one of their abductors prevented the wife from narrating what happened at the kidnappers’ den.

One source said, “We have been trying to get information from her since she was released but she kept mute.

“She said the kidnappers warned her not to divulge any information about her experiences in their den otherwise they will come back for her.

“She told those close to her that the abductors also warned her not to disclose the amount paid to them as ransom and those who were involved in the negotiation and those who eventually brought the money to them”.