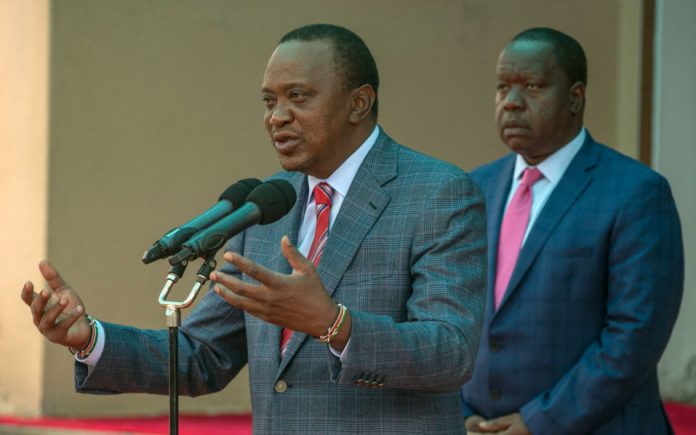 Kenyan President Uhuru Kenyatta on Tuesday said a re-run of August’s nullified presidential election would go ahead as planned on Oct. 26 after opposition leader Raila Odinga said he was withdrawing from the race.

“We have no problem going back to elections.

“We are sure we will get more votes than the last time,” Kenyatta told a rally in the southern town of Voi, speaking in Kiswahili.

Kenya opposition leader, Odinga had announced his withdrawal from the presidential re-run elections scheduled for Oct. 26.

Odinga said at a news conference in Nairobi that he was boycotting the polls because his demands for electoral reform had not been met.

A re-run of the presidential vote was announced after Kenya’s Supreme Court nullified the result of the Aug. 8 election due to Odinga’s complaint.

Odinga claimed that the computers of the electoral commission had been hacked to generate a victory for President Uhuru Kenyatta.

The initial results announced on Aug. 11, gave Kenyatta a second term with 54 per cent of the votes, followed by Odinga with 44.7 per cent.

Since the annulment, Odinga and his National Super Alliance coalition (NASA) have been demanding the removal of top managers of the Independent Electoral and Boundaries Commission (IEBC) and a change of suppliers of polling materials and technology.