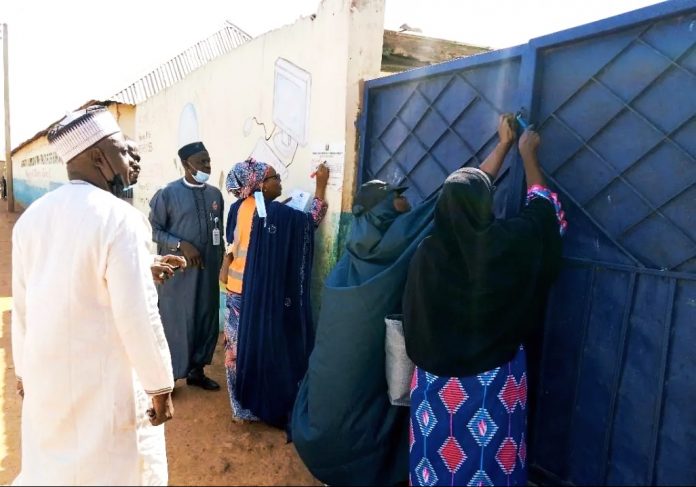 …Grandmother beaten when she probes rape matter in a school

The Kaduna State Schools Quality Assurance Authority (KSSQA) on Friday, shuts down two Islamiyah schools indefinitely over alleged rape of a six-year-old girl and impregnating of another.

One of the schools, Madrasatul Ulumul Deeniya wa Tahfizul Qur’an, located in Rigasa, was closed over the alleged rape of the six-year-old girl in the school premises. The other Islamiyah school, located at Tsohon Masallacin Juma’a in Kachia, Kachia Local Government Area of Kaduna State was also closed following an alleged impregnating of a 12-year-old girl by a 50-year-old teacher at the school.

The Overseer of the KSSQA, Mr Idris Aliyu, who shut down the Islamiya school in Rigasa, explained that the six-year-old girl was violated within the school premises and the school authority covered it up and claimed ignorance of the incident.Aliyu said that the information before the Ministry of Education showed that the survivor’s grandmother went to the school authority and loaded a complaint but was allegedly beaten by the students and teachers of the Islamiyah.

He said that Governor Nasir El-Rufai has ordered that the Islamiyah be shut down indefinitely until investigation is concluded and the culprit apprehended.“The headmaster of the school would be held responsible for the act until all persons in the school were profiled and the perpetrator identified by the survivor and prosecuted,” he said.

“The individuals responsible for the violence against the grandmother, especially the headmaster, will also be prosecuted.”“This is in line with the state government’s responsibility in protecting the vulnerable population in the state,” he said.

The head-teacher of the school, Malam Kabir Abdullahi, denied the allegation, saying “it is not a rape. “What we gathered is that an unidentified boy injured the girl in her private part with a stick,” he alleged. Abdullahi said that the case was already being investigated by the Divisional Police Officer (DPO), Rigasa, ASP Abubakar Bauranya.

The DPO confirmed receiving the case and equally aligned with the narrative of the headteacher of the Islamiyah school. But the grandmother of the survivor, Hajiya Batul Gambo insisted that her grandchild was violated and had been confirmed by Sexual Assault Referral Centre, Yusuf Dantsoho Memorial Hospital Tudun Wada, Kaduna.A medical report signed by Dr A Raji confirmed Gambo’s claim that the six-year-old was raped. Raji’s report attributed the bleeding to “virginal bruising of the labia minora, bilaterally periurethral bruising, heamatoma of the clitoris and laceration of the hymen.

”Commenting on the rape and impregnation of the 12-year-old girl in Kachia, Aliyu said that the survivor was six months pregnant. He said that the school was equally closed as directed by EL-Rufai, stressing that the safety of the pupils cannot be guaranteed.He explained that the Commissioner of Human Services and Social Development, Hajiya Hafsat Baba and the Commissioner for Education, Hajiya Halima Lawal would work closely with the police to investigate and ensure justice is done.

“Meanwhile, the two schools will remain closed until investigations are concluded and the culprit prosecuted in accordance with the law,” he said.