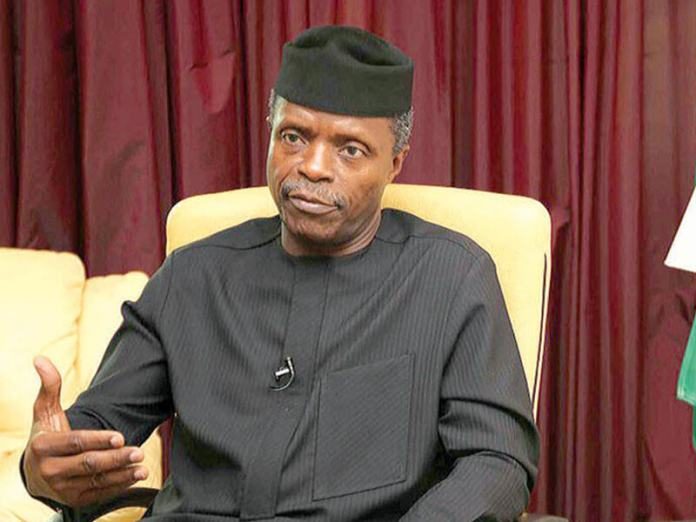 The Vice President, Yemi Osinbajo, has admitted to approving contracts for the Nigeria National Petroleum Corporation (NNPC), a situation that has been generating all forms of controversies between the Minister of State for Petroleum Resources, Ibe Kachikwu and the NNPC Group Managing Director (GMD), Maikanti Baru.

The Senior Special Assistant on Media and Publicity, Laolu Akande, in a series of tweets on his twitter handle @akandeoj, on Thursday, confirmed that the contracts were approved after due diligence by the Vice President when he acted as President, recently.

Akande said Osinbajo approved the recommendations for the contracts as part of necessary actions to deal with backlog of unpaid cash calls and incentivise investments.

He also said Osinbajo made the clarification in view of media enquiries that followed NNPC’s claim that the contracts were indeed approved by Osinbajo.

The tweets stated, “In response to media inquiries on NNPC joint venture financing, VP Osinbajo, as Ag President approved recommendations after due diligence & adherence to established procedure. Action necessary to deal with huge backlog of unpaid cash calls which Buhari administration inherited and also to incentivise much needed fresh investments in the oil & gas sector.”

Kachikwu’s letter to the President in which he alleged gross insubordination by the Group Managing Director of the Nigerian National Petroleum Corporation (NNPC) Maikanti Baru, was leaked to the media last week.

He had alleged that Baru awarded $25 billion contracts  without following due process.

He had also alleged that the $25 billion contracts were struck without consulting the office of the Minister of State for Petroleum Resources or the board of the corporation.