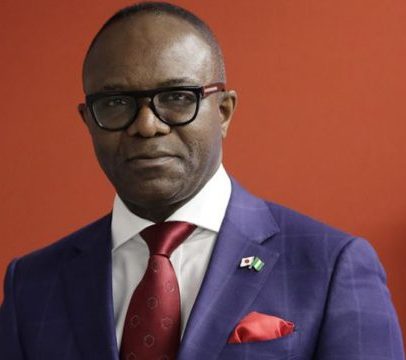 The Niger Delta Indigenous Movement for Radical Change (NDIMRC) has alleged that the life of embattled Minister of State for Petroleum, Dr Emmanuel Ibe Kachikwu, is under threat by the northern cabal, warning against frustrating him.

The group also alleged that it has uncovered plans to allocate 100 per cent oil blocs to northerners to the detriment of the people of the Niger Delta region.

In a statement signed by its President, Nelly Emma, Secretary, John Sailor and Public Relations Office (PRO) Stanley Mukoro, made available to journalists on Sunday in Warri, Delta State, NDIMRC claimed that the planned declaration of Crocodile Smile in the Niger Delta was to check resistance of the people to the allocation of the oil blocs.

It called for a thorough investigation of the scandal in Nigerian National Petroleum Corporation (NNPC) as well as the immediate suspension of the Group Managing Director, Dr Maikanti Baru.

It will be recalled that Kachikwu, had in a letter to President Muhammadu Buhari, complained about some appointments and reorganizations carried out in NNPC without his input.

The minister had kicked against what he described as insubordination and lack of adherence to due process perpetuated by Dr Maikanti Baru.

NDIMRC, the oil monitoring group, fumed over the way the minister was being treated and warned that enough was enough.

The group said that the minister deserved to be treated fairly and accorded due respect.

“We have been watching the activities of the GMD of the NNPC, Dr. Baru since he came on Board and we are not impressed with the way he is treating the Minister of State for Petroleum and people from the Niger Delta Region working in the NNPC.

“We have seen that the GMD of NNPC is bent on destroying the solid foundation laid by the Minister of State for Petroleum and determined to frustrate the Minister, but we are not going to take this likely because the oil Dr. Baru is presiding over belongs to the people of the Niger Delta Region and not the North.

“The Minister of State for Petroleum, Dr Emmanuel Ibe Kachikwu must be allowed to take charge of the Board of NNPC which the President inaugurated.

“Our findings revealed that the recent appointments and postings were done without the knowledge of the Board. Members of the Board learned of these appointments from social media and the press release of NNPC. This is bad enough and must not be encouraged”, the group said.

It added that;” We are not happy with the way the minister is being frustrated. He should be allowed to exercise his power as the Chairman of the NNPC Board.

“They should let the whole world know why he is not being allowed to function effectively as the chairman of the board.

“The minister was transparent when he was the GMD of NNPC, he carried out ethnic balancing, but the reverse is now the case since Dr. Baru was appointed.

“The current Board of the NNPC must be empowered and given free hand to operate”.

“The office of the Minister of State for Petroleum must be saved from further humiliation and disrespect.

“The Minister is not anti-North as all appointments made by him in the past were balanced and based strictly on skills, experience, drive and ethnic balancing for senior management positions, but this is not the case with the current GMD of the NNPC”, the group alleged.

The oil monitoring group, therefore, urged President Buhari to treat the letter written to him by the minister with all seriousness, calling on the President to call the GMD of NNPC to order if he’s sincere with his anti-corruption fight.