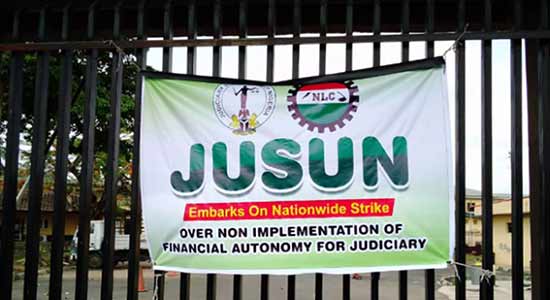 THE ongoing strike by the Judiciary Workers Association of Nigeria was partially suspended in Rivers State on Monday.

This came barely 48 hours after Governor Nyesom Wike said he would enforce the no-work-no-pay rule from June, wondering why the judiciary workers in the state joined the strike when he was implementing judicial autonomy.

Our correspondent who visited the judiciary complex on Monday observed that the entrance and exit points of the complex which had been under lock and key for about two months was now open, with slight businesses going on.

Meanwhile, workers at the complex declined to speak to our correspondent on the situation.

Former JUSUN Chairman in Rivers State, George Isokari, said agreement had been signed at the national level, but the strike had not been called off.