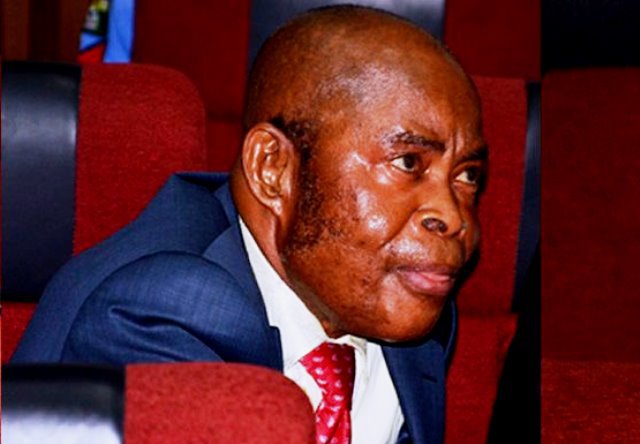 The trial of suspended Supreme Court Justice, Sylvester Ngwuta, stalled on Thursday following an application by the prosecution that it could not produce its witness in court.

Mr. Ngwuta is facing trial on a 12-count charge for alleged fraud and abuse of office, brought against him by the Nigerian government.

The prosecution counsel, Olufemi Fatunde, on Thursday told the Abuja Division of the Federal High Court, presided over by a judge,  John Tsoho,  that the expected witness at Thursday’s hearing said he could only be available by the end of next week.

Ms. Fatunde asked for an adjournment to allow the prosecution team prepare it’s witnesses for the next hearing date.

“I spoke with the witness, yesterday and he said that by the end of next week he will available to testify. In the light if this circumstances, I will most humbly crave the indulgence of the court to grant us a convenient date in the upper week for him to testify,” Ms. Fatunde said.

Mr. Tsoho asked if the witness referred to was the last witness for the prosecution, and Ms. Fatunde answered in the negative.

She explained that the information communicated to the other prosecution witness was sent very late, hence it became impossible to bring that other witness to court.

“He is not the only witness. They are two:  but we wrote the other witness,  just yesterday and of course it became too late to ask him to come to court,” he said.

Mr. Tsoho warned the prosecution to ensure that it prepares both its witnesses for the next sitting, adding that the law does not limit the number of witnesses that can be brought to court by a party.

The defence counsel, Kanu Agabi, did not object to the request for an adjournment by the prosecution.

The case was therefore adjourned till November 10.