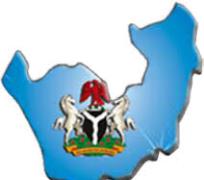 Aspiring judges and judiciary workers in Delta State would henceforth be subjected to compulsory written examinations for appointment, promotion and inter-cadre transfer.

The state Chief Judge, Marshal Umukoro, dropped the hint yesterday at the grand finale of the maiden Judiciary Staff Week, organised in Asaba by the state chapter of the Judiciary Staff Union of Nigeria (JUSUN).

According to him, the mandatory requirement became imperative, following observed poor work performance, incompetence, non-compliance with ethics of public service rules and gross inefficiency exhibited by some workers.

Umokoro explained some judiciary workers lack efficient service-delivery, as they do not parade the academic certificates that they parade.

The chief judge defended the new policy, insisting that it was neither aimed at victimizing, nor witch-hunting anybody, but to promote merit, efficiency and enhance performance for the overall interest of the judiciary, stakeholders in justice administration and the public.

He added that the new policy would eradicate the prevalent lackluster attitude, indolence and corruption, which had characterised the public service.

Umukoro advised the workers to eschew all forms of financial impropriety or unwholesome conduct, which negates the public service rules. He promised to revive the judge’s award, when the financial status of the judiciary improved.

Speaking on the theme, “Integrity and Transparency; Panacea for Efficient Judicial Administration,” the guest speaker, Mr. C. Okobah tasked judiciary employees to join hands with the government in the fight against corruption.

The state Chairman of JUSUN, Austin Chiejina, canvassed full compliance with financial autonomy of the judiciary, as guaranteed by section 121(3) of the CFRN 1999 (as amended).

He said the attainment of good governance would be a mirage, if the independence of the judiciary were compromised.

He appealed to government and relevant authorities to provide them a utility vehicle, permanent secretariat and put a judicial housing scheme in place.

Meanwhile, the organised labour in Kogi State has given the government a seven-day ultimatum to pay its members their outstanding salaries or face industrial action.

A statement by the Chairman of the Nigeria Labour Congress (NLC) and his Trade Union Congress (TUC) counterpart, Ranti Ojo, disclosed this yesterday.

The union said the government had failed to honour the memorandum of understanding it reached with them before they called off their strike in May this year.

Consequently, the union directed its members to embark on the strike from Friday, September 22, when the seven-day strike notice would have expired.

The organised labour also urged the government to reverse some of the newly introduced policies that were not in tandem with the civil service rules.

The workers are demanding among other things: “That government should as a matter of urgency, rescind its clocking in and out policy in the state’s public service, because it was aimed at casualising the service on a daily pay basis.

The union is also asking the government to urgently rescind its punitive policy of contributory pension scheme.