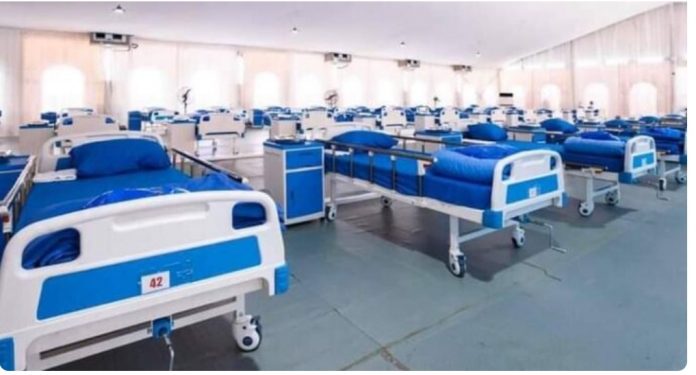 The Joint Health Sector Unions (JOHESU) and the Assembly of Healthcare Professionals have issued a fresh notice of strike, with another 15-day ultimatum to the federal government to address their demands.

Following the expiration of the earlier ultimatum on Friday, Matthew Ajorutu, JOHESU acting national secretary, in a communique issued at the end of an expanded national executive council (NEC) emergency meeting on Friday, announced the fresh notice of strike.The expanded NEC comprises presidents and general secretaries of affiliate unions and professional associations, NEC members of affiliate unions, and JOHESU chairmen and secretaries at the state and branch levels.Ajorutu said the meeting reviewed JOHESU’s previous engagements with the federal government, and considered the appeal from President Muhammadu Buhari “on the need to show understanding with his administration and the president’s promise to pay any debt owed to health workers”.

The acting national secretary said the fresh 15-day ultimatum commences on September 18, 2021, and urged the federal government to speed up efforts to address the demands of the health workers.“The Federal Government should ensure that the new data for the computation of the adjusted Consolidated Health Salary Structure (CONHESS) for JOHESU members be completed and submitted to the ‘High Level Body (HLB)’ of the FG not later than Wednesday, 22nd September, 2021, as agreed,” the communique reads.“NEC-in-session urges the Federal Government to ensure that the ‘High Level Body (HLB)’ completes and submits the computation of the adjusted CONHESS for inclusion in the 2022 budget within the 30th September, 2021 submission window.“NEC-in-session urges the Federal Government to reciprocate the patriotic humanitarian gesture of JOHESU in the interest of the larger Nigerian masses to expeditiously resolve all the demands within the fifteen days window.

Finally, NEC-in-session unanimously adopts a resolution to step down the notice of strike action due to expire midnight, 17th September, 2021, and issue a fresh notice of fifteen days.”He added that the council commended all health workers for their commitment and understanding “towards the struggle for better working conditions, improved healthcare services and social justice for all”.