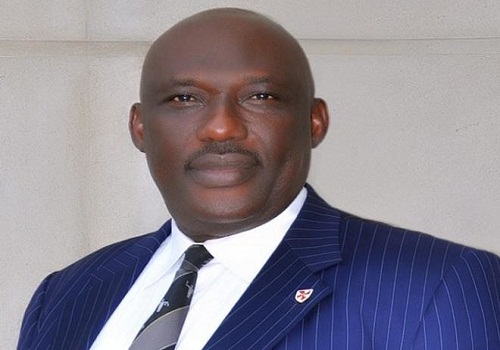 Few Nigerian lawyers grab our attention as does Chief Joe-Kyari Gadzama, SAN, OFR, MFR, FCIArb, FNIALS! Perhaps, he wins our hearts with his legendary contribution to the improvement of the legal profession and empowering its practitioners. Or, maybe he has won our hearts by being a self-made individual whose contribution to the empowerment of disadvantaged individuals and communities knows no bound.

May be still, J-K Gadzama, dazzles us with his extraordinary warmth which endears him to the hearts of the high and low. Better still, the multiple award-winning guiding light of the legal profession, best known as J-K Gadzama, surprises us by his extraordinarily humble, unpretentious and down-to-earth lifestyle. Whatever it is, he has justified and earned national and international recognitions that come with his huge investments in human development.

A sampler: The novel Honourable Justice Chukwudifu Oputa Mentorship Scheme is a quarterly training session aimed at honing the skills of young lawyers. The scheme is coordinated by Dr. Tahir Mamman, former director-general of the Nigerian Law School and senior partner at J-K Gadzama LLP.

The J-K Gadzama Annual Lectures has been running for more than ten years. The Lectures ranks among the biggest in Africa that serves as an informal training ground for lawyers considering the wealth of ideas exchanged at the sessions. There is also the prestigious J-K Gadzama Award for best graduating law student which he instituted at his alma mater, the University of Maiduguri. A similar scheme that honours high-performing students at the Nigerian Law School.

With more than fifty lawyers on its roster, J-K Gadzama LLP has one of the largest pool of lawyers in the country. As part of its empowerment scheme for young lawyers, the firm regularly takes in dozens of youth corps members and, on an annual basis accepts a sizeable number of students from the Nigerian Law School on law office attachment. This is aside the J-K Gadzama Scholarship Scheme to cater for the needs of indigent students at secondary and tertiary levels.

For the best part of the thirty years he has spent on the bar, Chief Joe Kyari Gadzama has carved a niche for himself as a lawyer who has committed himself to the development of the legal profession. With state-of-the-art facilities and a purpose-built moot court for lawyers to practice before they attend court sessions, his ultramodern head office in Abuja compares favourably with some of the best law firms around the world. Among others, J-K Gadzama is a Fellow of the Chartered Institute of Arbitrators and the National Institute of Advanced Legal Studies. Last year, he was listed among the top 500 lawyers in the world.

Chief Joe-Kyari Gadzama has turned full circle since he was called to the Bar more than three decades ago. Today, he is a General of sort, being the deserving recipient of the prestigious Senior Advocate of Nigeria, SAN, at age 37 in 1998. Like any battle-tested General, he is in full control of an equally battle-tested battalion of lawyers at his command post, the octopoid J-K Gadzama LLP in Garki11 district of Abuja. He holds two national honours of Member of the order of the Federal Republic, MFR and Order of the Federal Republic. Chief Gadzama holds the high-ranking traditional title of Sardauna of Uba in Borno state.

An indigene of Lassa in Borno state, J-K Gadzama was born in Mubi, in neighbouring Adamawa state on Tuesday, November 28, 1961. He was educated in Kaduna, Song and Maiduguri where he took a Second Class Upper division degree in law at the University of Maiduguri in 1985 emerging, in the process, as the best graduating student in Common Law. Chief J-K Gadzama was the first of the nearly 1700 lawyers in the 1986 class of the Nigerian Law School to become a Senior Advocate of Nigeria, SAN, in addition to being the pioneer Chairman of the class.

In 2006, Chief Gadzama took a post graduate diploma in International Commercial Arbitration from the Keble College of the Oxford University in the United Kingdom after which he was admitted into Lincoln’s Inn. In 2013 and, in recognition of his arbitration and dispute resolution skills, Chief J-K Gadzama was named as a member of a high-powered committee set up by the Federal Government to investigate and proffer solutions to the insurgency in north eastern Nigeria. Today, the Sardaunan Uba maintains law chambers in the United States of America and the United Kingdom where he practices law.

J-K Gadzama maintains a big voice outside his native Lassa, in the southern part of Borno state. In most part of north eastern Nigeria, he continues to execute people-friendly projects for which appreciating members of the communities reciprocate. In December 2007, he was the sole recipient of the Southern Borno Community Merit Award for meritorious service to community and the fatherland.

Over the years, Chief Gadzama has proved to be one Nigerian who is passionate about the Nigerian project and continues to do his bit towards its actualisation. And some of his suggestions to drive the Nigerian project, just as his antidote to the high cost of governance, are as revolutionary as they are realistic. For instance, he believes Nigeria must get it right through enthroning the ideals of free, fair and transparent elections.

Again, Chief J-K Gadzama believes the nation has no business with the needless religious and ethnic strife and their attending bloodletting. Thirdly, corruption should have no place in the land as it shades competence. What is more, Chief J-K Gadzama believes the nation will achieve quality legislation at low cost if legislative duties and remunerations are part-time and, as it is practiced in some emerging democracies, for legislative seats to be reserved for professionals.

These, no doubt, are pragmatic and low cost means of enriching the legislative process and deepening the nation’s democracy which Nigerians expected any constitutional amendment to address. Unsurprisingly, the wise counsel of respected patriots in the mould of Chief Gadzama carry little weight in a polluted atmosphere where politics has been turned into a lucrative business that guarantees quick turnover. Frustrating? May be!

For pertinacious individuals with unparalleled holding power, this may present a formidable but, by no means an invincible challenge!