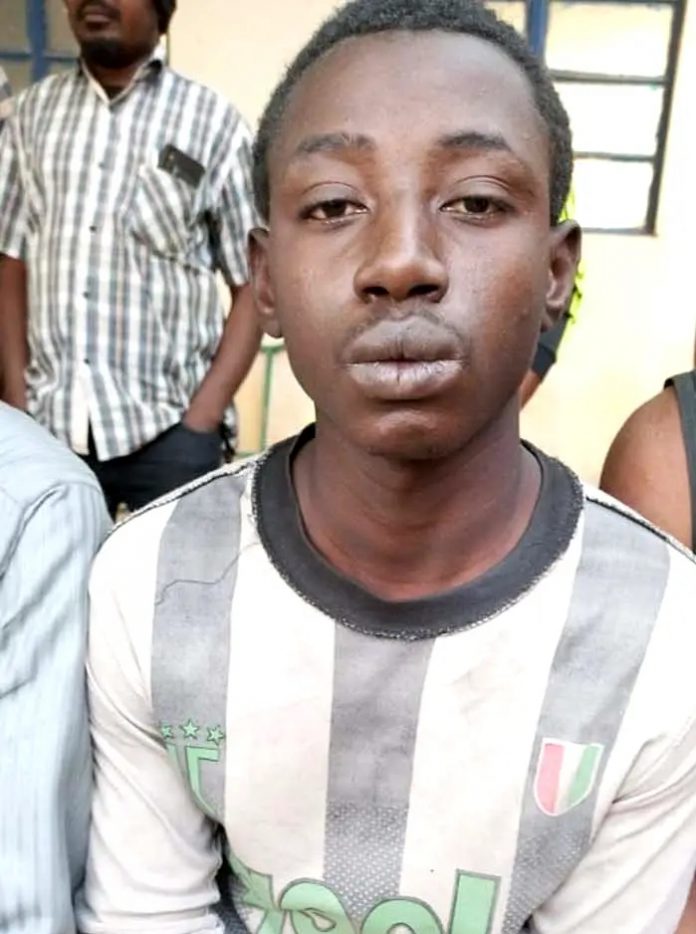 21-year-old suspected terrorist, Naziru Sani, working under the camp of Bello Turji, a notorious terrorist, has confessed to have killed over 20 persons in several attacks across Nigeria.The young terrorist made the disclosure when SP Gambo Isah, the Police PRO in the state paraded him before newsmen at the Command’s headquarter on Tuesday.

Sani, a resident of Makera Village in Tsafe Local Government Area of Zamfara State was arrested along Jabiri Quarters in Funtua LGA, Katsina based on credible intelligence report, SP Gambo disclosed. According to the suspect, “I have been involved in several community attacks under the command of my boss, Turji and I have killed over 20 persons in the past but I have repented now.” Speaking in Hausa, Sani said: “I am Bello Turji’s boy. I work under his command.

“I have been involved in several community attack under the command of my boss, Turji and I have killed over 20 persons in the past but I have repented now. I ran away from Jangebe forest in Zamfara where Turji is currently hibernating for my dear life. The Police arrested me at Funtua, while I was trying to find my way to Suleja, Niger State where my parents live.l I left my wife and children there in Makera Village in Tsafe LGA, Zamfara.When quizzed on how many of them are under Turji’s camp and how much they are paid for every attack, Sani said, “we are very many. I don’t know the exact number but we are in hundred’s and I get between N20000 to N30000 after every operation.”

While briefing the press on the arrest, SP Gambo Isah said: “Based on credible intelligence, the command succeeded in arresting one Naziru Sani of Makera village, Tsafe LGA of Zamfara state, a notorious bandit terrorizing Katsina and its environs. Nemesis caught up with the suspect when a team of Policemen along Jabiri Quarters, Funtua LGA of the state arrested him. In the course of investigation, the suspect confessed to be under the leadership of “BELLO TURJI”, who has been on the commands’ wanted list and have participated in many attacks on innocent communities in Katsina, Zamfara and Sokoto states killing many people. Investigation is ongoing.”