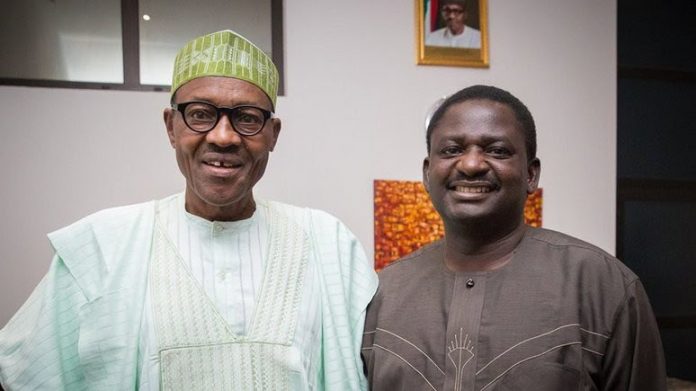 Special Adviser to the President, Muhammadu Buhari on Media and Publicity, Femi Adesina.

Special Adviser to President on Media and Publicity, Femi Adesina, has lambasted “ungrateful Nigerians” for being unthankful to the regime of his principal, Muhammadu Buhari, over its efforts in tackling the insecurity in the country.The presidential aide stated this in a piece titled, ‘It’s Evil, Pure And Simple’ which he published on his Facebook page.

He also lambasted “miserable comforters” who rejoice but pretend to be concerned about the invasion of the country’s foremost military institution, the Nigerian Defence Academy by bandits.We had earlier reported that gunmen wearing army uniforms around 1 am on Tuesday attacked the NDA campus in the Igabi Local Government Area of Kaduna State.The bandits, who broke the fence of the institution, had headed in different parts of the premises and caught the officers on duty off guard.Two officers lost their lives in the attack while the fate of a kidnapped officer delicately hangs in the balance.

Adesina said the attack “was deliberate, contrived, orchestrated, all to make government look bad, and pump discouragement into the military at a time they were poised to make a decisive end of the security challenges”.He, however, said the security forces won’t be deterred by the singular attack, adding that Buhari rode into power in May 2015 to tackle the security challenges in the country.“And truly, Buhari took the battle to the insurgents, directing on Inauguration Day that the command centre of the Boko Haram war be moved to the Northeast, where the issue was domiciled. And since 2015, the man has not relented, recording series of successes, and some reversals, which are typical of all human endeavours.“As stated earlier, the security challenges mutated, becoming hydra-headed.

But one thing was clear: we were not where we started, when bombs went off like firecrackers in major cities of the country, killing and maiming people in their scores. As at recently, insurgents, bandits, kidnappers, evildoers were on the back-foot, being killed daily in their hundreds, and surrendering in droves. Light had appeared at the end of the tunnel.“What should we have in a less hateful polity at such a time? Cooperation with government, encouragement of our military and security forces. But what did we get? Complaints. Grumblings. Wailings. They should have done it this way. They didn’t put this leg right. They should have faced that direction. And all sorts. What a people! What a country!“And when there is a reversal in fortunes, no matter how temporary, as happened with the NDA attack this week, you see the predilections and propensities of the evil-hearts.

They actually gloat, pretending to be concerned, while actually rejoicing that the house rat had urinated in the pot of soup. Miserable comforters!” he said.The presidential aide said Nigerians should support security forces instead of criticising them.“What kind of people are we, really? Instead of rallying our military, encouraging them and spurring the government further into action, they say the foulest things that can come from the nether region. Government is incompetent. The military is no good.

They’ve been humiliated, and they only stop short of doing a jig on television, spewing expletives and concocting conspiracy theories. They simply forget where we were coming from, and where we now are. Ungrateful. Unthankful. Ungracious.“Evil stalks our country, just as it does many other countries of the world. Life is nasty, brutish and short. Some people spend all their days and nights fighting the vermin, trying to extirpate evil, but we don’t value it. The decent dies for the indecent, trying to keep us safe, but we tell them to go to hell. We value nothing, appreciate nothing. We even rejoice when a reversal occurs, as happened at NDA. Issorait. What we sow is what we reap,” he said.