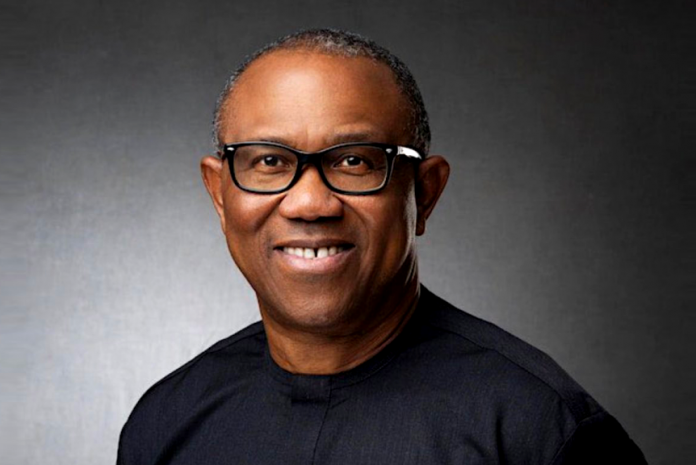 The spokesperson to the Atiku Presidential Campaign Organisation, Dr Daniel Bwala has described as a “scam” the gesture of the presidential candidate of the Labour Party, Peter Obi to visit the victims of the flood in the country.

The Peoples Democratic Party’s presidential candidate, Atiku Abubakar’s media aide said Obi’s decision to wear a cloth that has the LP’s insignia on it betrayed the purpose he claimed to have professed by saying he suspended the campaign.

Bwala made this known on his verified Twitter page on Thursday by posting Obi’s picture among the flood victims in Benue state alongside the tweet.

Recall that the former Anambra state governor had suspended his 2023 presidential campaign when he visited Governor Samuel Ortom of Benue State, following the flood that affected the state.

Obi also called on Atiku as well as the All Progressives Congress (APC) presidential candidate, Bola Tinubu to follow suit.

According to Obi, if the candidates can purchase their party’s expression of interest form for millions of Naira, they should be able to render support to the victims who lost their belongings during the flooding.

However, Bwala criticised Obi’s effort by tweeting, “Scam; he said he has put campaigns on hold to visit victims of flood. See him here with Labour Party logo. Everything about that movement is a scam.”

He also mocked the ruling APC saying it failed in all promises they dished out to Nigerians, writing, “In 2016, APC said within 3 years they would produce Distributable 10k megawatts power to homes. When asked if they delivered in 2022, they started speaking in tongues. All Promises Cancelled.”