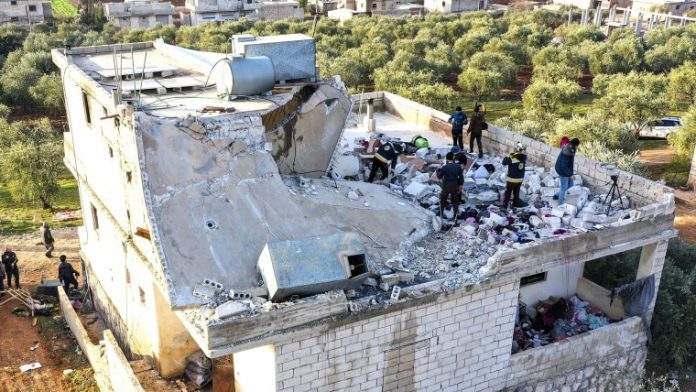 US special operations forces have reportedly killed Ibrahim Qurayshi, leader of the Islamic State of Iraq and Syria (ISIS).

In a statement on Thursday, US President Joe Biden said the ISIS leader was “removed” in a counterterrorism mission that took place overnight in north-western Syria.

“Last night at my direction, U.S. military forces in northwest Syria successfully undertook a counterterrorism operation to protect the American people and our Allies, and make the world a safer place,” the statement reads.

“Thanks to the skill and bravery of our Armed Forces, we have taken off the battlefield Abu Ibrahim al-Hashimi al-Qurayshi — the leader of ISIS. All Americans have returned safely from the operation.”

Biden said he would deliver remarks to the American people later on Thursday.According to Reuters, a senior US administration official confirmed that Qurayshi was killed in the raid.“At the beginning of the operation the terrorist target exploded a bomb that killed him and members of his own family, including women and children,” the official was quoted as saying.

After the killing of Abu Bakr al-Baghdadi in October 2019 by US troops — also in a raid in north Syria — the group had named Qurayshi as his successor.