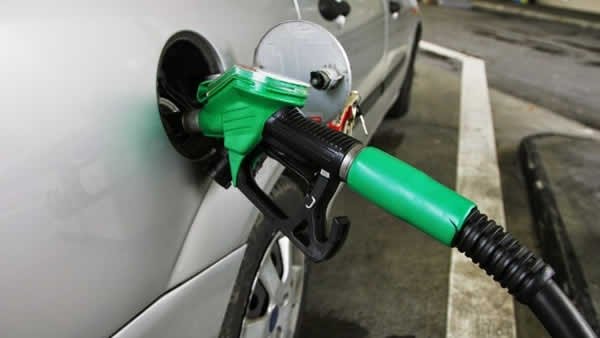 The National Association of Nigerian Students has threatened to embark on massive protests nationwide if the Federal Government removes petrol subsidy and allows fuel to sell for as high as N340 per litre come February 2022.

The Federal Government recently announced its plan to remove the subsidy on Premium Motor Spirit popularly called petrol from February 2022.

The removal, according to the Group Managing Director of the Nigerian National Petroleum Company Limited, Mele Kyari, would make petrol to sell for between N320 and N340 per litre up from the current pump price of N162 and N165/litre.

However, the Minister of Finance, Budget and National Planning, Hajia Zainab Ahmed, said the government would pay N5,000 each to 40 million Nigerians to cushion the effect of fuel subsidy removal – a move that had been widely criticised.

NANS in a press conference in Abuja on Friday also condemned the planned hike in fuel price by over 200 per cent and the N5,000 palliative, threatening to shut down the country if the government eventually removed the subsidy.

The President of the association, Sunday Asefon, said removing the subsidy would further impoverish the masses and called on Nigerians to be on the alert for further directives on the next line of action.

He said though NANS was not totally against the deregulation of the downstream sector, the conditions agreed upon must be put in place before deregulation.

The briefing was titled: ‘Nigeria will be shut down should the Federal Government Attempt the removal of fuel subsidy as allegedly being proposed.’

Asefon said, “None of those conditions are in place at the moment. It is therefore very strange that the Federal Government could contemplate the removal of fuel subsidy now. The four refineries are not functioning, and if they are functioning at all, it is at a near zero level. There is zero consultation with stakeholders to even consider issues around deregulation and why it should or should not be. The survival of Nigerian workers and their wards is yet to be discussed, yet a date that may take lives out of them has been fixed.

“Let us first of all categorically state that on behalf of the suffering millions of Nigerian students and on behalf of the millions of the frustrated masses of the Nigerian people who are our parents, brothers and sisters, uncles and aunts, friends and neighbours, we reject this socio-economic evil proposal and we shall resist it.

“We shall ensure that the entire country is shut down and paralysed should the Federal Government proceed with its insensitive plan of deregulation, or even any further increase in the pump price of fuel. We have had enough.”

Asefon said the plan to remove fuel subsidy was sinister, describing it as a quest by the government to get money at all costs in order “to squander it and finance the ostentatious lifestyles of public officers and senior civil servants.”

He added, “We therefore call on the Federal Government to rescind the plan till adequate arrangements like refining at home and utilising our petrochemical by-products are made.”

But the Independent Petroleum Marketers Association of Nigeria said it supported the Federal Government’s decision to remove the subsidy by 2022.

IPMAN’s President, Mr Chinedu Okoronkwo, in an interview with the News Agency of Nigeria on Friday in Lagos, said the Petroleum Industry Act signed into law by the President, Major General Muhammadu Buhari (retd.), on August 16 had no provision for subsidy.

He said, “We welcome the decision of the government to stop subsidising petrol by 2022 and we are hoping it will attract more investments to the sector, especially with the passage of PIA.

“What we want is that a level playing field be provided for everyone in the sector to encourage competition once the subsidy is removed.”

He urged the FG to reinvest savings from the subsidy into other areas including healthcare, education, and agriculture.

“In my personal opinion, I am of the view that such funds should be channelled to areas like education and mass transportation that would be accessible to ordinary Nigerians,” Oyebanji said.

Meanwhile, the Order of the Knights of St. Mulumba of Nigeria has urged the Federal Government to ensure that all refineries are working to the full capacity before removing fuel subsidy.

The Worthy Supreme Council of the Knights, Sir Diamond Ovueraye, stated this on Friday, in Asaba, the Delta State capital, during the opening ceremony of the 2021 convention.He said, “For the past 10 years, we have been talking about removing the fuel subsidy. Yes, the Federal Government should think of a better way of removing the subsidy. But before doing that, they should fix all the refineries and ensure they all work to their full capacity.“The Federal Government should stabilise the economy of the country so that the removal of the subsidy would not have effects on the people.”