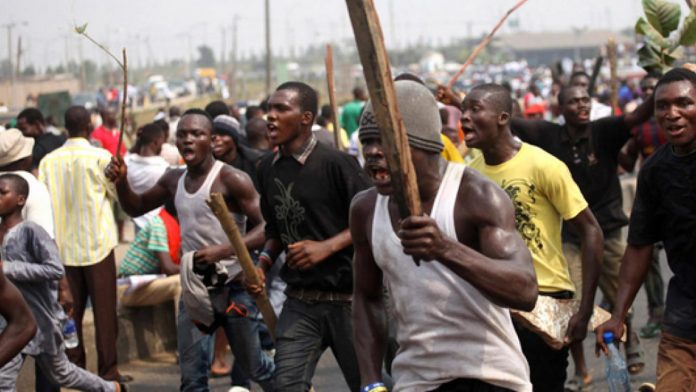 The journalists said they were in the area to cover a media conference on a contested piece of land when they were attacked.

The victims of the Tuesday assault said that the hoodlums were helped by officers from the Rivers State police command’s Anti-Kidnapping Unit.

One of the journalists recounted their ordeal, saying, “they came in the company of the officers, and as soon as they stopped, the police and the hoodlums fled together.”

“We were nine in number and we had reporters from Arise Tv, Sweet Crude, Surveillance Newspaper, Today Fm, Wish Fm, Atlantic Tv, RSTV.

“The RSVT camera man was brutalized and we lost nine smartphones, they collected two HD Cameras, they collected everything from us, the police also took two journalists, from Sahara Reporters and Today Fm to their station but they were later released following the intervention of the Commissioner of Police and the police PRO and other of our colleagues.

“We made an entry at the state CID and we are expecting justice”.

Speaking further another attacked journalist said “this attack on journalists is something to be condemned. The most worrisome part is a situation where police are beginning to aid criminals to attack harmless journalists who went out for their normal job.