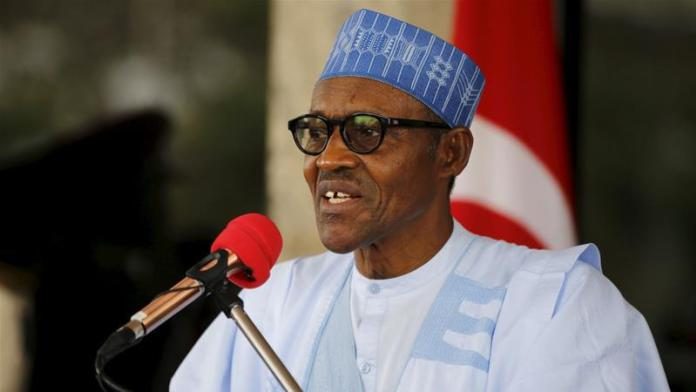 President Muhammadu Buhari has assured that his administration would facilitate the completion of the 2nd Niger Bridge, the East-West Road and the Coastal rail project, which he said are already receiving the federal government’s utmost attention.

He said counterpart funding from the Chinese government would substantially fund these projects, which, when completed, would improve the welfare, wellbeing and economy of the people in the region.

This came following a closed-door meeting yesterday with the stakeholders from the area led by the Deputy President of the Senate, Ike Ekweremadu at the Presidential Villa, Abuja.

Others were the Ministers of Foreign Affairs, Mr. Geoffrey Onyeama, Labour and Employment, Dr. Chris Ngige, and Science and Technology, Dr. Ogbonnaya Onu, among others.

The leaders arrived at about 1:50pm and went straight into the meeting with President Buhari in the new Presidential Banquet Hall at the Villa.

A statement at the end of the meeting quoted Buhari as declaring that: “The Chinese are very competent in handling such projects and we will ensure that we get the money for the projects to take off.

“I thank you for articulating your demands and I want to assure that we are doing our best for the country. If we can stop people from stealing, then there will be more resources to put into projects that will create employment for Nigerians.’’

Responding to allegations of under-representation of the Igbo in his government, the President said: “I gave Southeast four substantive ministers in the ministries of Foreign Affairs, Trade and Investment, Science and Technology and Labour.

“Seven states in the north got ministers of state and of the two ministries headed by your sons. I cannot take any decision on foreign policy and investments without their input.”

Earlier, the President General of Ohanaeze Ndigbo, Chief Nnia Nwodo, while articulating the demands of the zone to the President, highlighted the issue of state creation, restructuring, federal projects in the Southeast, namely Enugu-Onitsha road, Enugu-Port Harcourt road and Aba-Ikot-Ekpene road, among others.

Nwodo also demanded urgent presidential interventions on the Enugu Airport, reticulation of the gas-pipelines in the Southeast and the standard gauge plan for railway construction.

Commending the President’s achievements on security and the fight against corruption, Nwodo declared: “We are ready to work with you. We are determined to work with you. We know you are a decisive leader and we know God will continue to give you the wisdom to govern Nigeria.”

Also speaking, Umahi expressed satisfaction on the outcome of their discussions with the President on critical issues and topics affecting the region.

“You have no hatred for any state. You have treated all states with equality. What one state gets in the north, the other gets in the south,” the governor said, referring to budget support facility and stabilisation fund released to states and local governments since the inception of the administration.

Briefing State House Correspondents after the meeting, Nwodo said the delegation had a robust exchange with the President on sundry other issues including the myriad of challenges besetting the South East.

“We had a frank and robust exchange, we discussed problems of the South East and, as Head of State, he is the final repository of an appeal for the resolution of those problems.

“We went into great details about each of those problems and I have confidence that they will give it the attention they deserve.

“We dealt with the problems of development in the south east, basic capital projects which have for a very long time been neglected, not just from this government, but for a very long time, major arteries of federal highways in the South East that have been in complete state of disrepair. Enugu-Onitsha, Enugu-Port Harcourt, Aba-Ikoyi Ekpene are virtually impassable.

“We talked about the only international airport we have in the South East which has very bad infrastructure in terms of the buildings that have been ravaged. “We got assurance from the president that he would deal with each of those problems.”

Nwodo further said that the issue of marginalisation also formed the crux of the meeting, adding: “That was the opening line and that was why we singled out these things.

“Like I have said, these problems have been there over time and we have had several presidents, it didn’t just happen in the last two years. But we expressed the desire that he should be able to address them.”

He said the group has no reason to doubt the president’s promises, “because this is the first time I have had this interaction with him. I have the feeling that he spoke to us very frankly.”

He told newsmen that the delegation also talked about the issue of the devolution of power and IPOB as a symptomatic consequence of the continuous marginalisation of the southeast over a long period of time.

“Understandably our children are restive and we want to make sure that the federal government is responsive to the issues that have cumulated in the quintessence of these agitations.

“We did talk about the issue of devolution of powers, the constitution, the paucity of the states and local governments in our place and the president has asked that he be given time to look at this more holistically.”

In another development, the president received the governorship candidate of the All Progressives Congress (APC) for the November 18 election in Anambra State, Tony Nwoye, promising to lead the grand finale of the campaign in Awka, the state capital.

Nwoye was led to the Presidential Villa by the Chairman of the National Campaign Council of the APC for the election and governor of Bauchi State, Mohammed Abubakar.

Answering questions from journalists after the meeting, Abubakar said: “I am the chairman of the National Campaign Council of the APC for the Anambra governorship election that is taking place on 18th of November this year.

“We have had our primaries and we have settled all the appeals. We have done reconciliations. “The President has received us very well and has promised us that insha Allah, he will personally grace the grand finale of the campaign in Anambra State.”

The meeting also discussed the rising spate of agitations for restructuring, demand for the creation of an additional state in the southeast and the need for balance and equity in federal appointments in the country, among others.