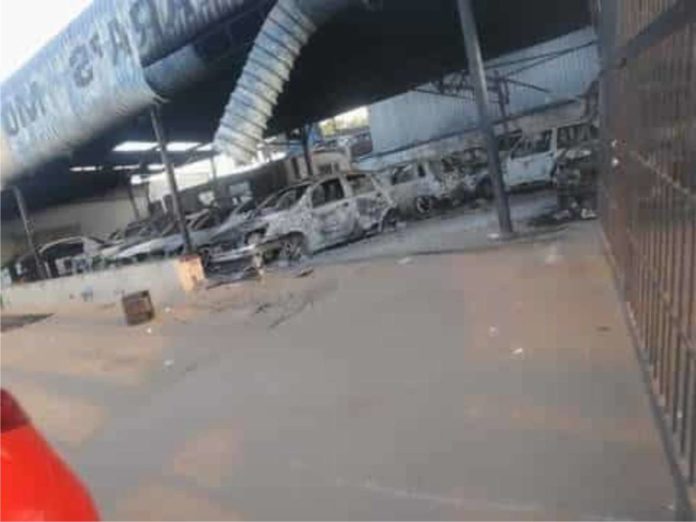 The Igbo Conscience (TIC) has asked the federal government to declare a state of emergency in the south-east.

In a statement, the group lamented the killing of Chike Akunyili, saying Igbo citizens are being killed in their numbers while businesses are being destroyed.The group alleged that despite asking the Igbo to speak against the menace, most of them have continued to shy away from condemning “this self-destructive dastardly act”.The group also accused religious leaders of being “active participants in the atrocity that has overwhelmed Igboland” instead of being agents of peace.

This is just a tip of what is happening in the five South Eastern States presently and it has been a recurrent picture since the outlawed Indigenous People of Biafra launched an armed warfare against the region,” the group said.“Today, the South East is under a murderous and detractive siege launched by its people in the name of actualising Biafra.“TIC notes that when this inclination to murder started in Igboland, many Igbos lent their support, covertly and overtly, to this evil. We note that when the government moved in to stop this evil, these Igbos started a negative campaign against the federal government effort, terming it as genocide against Igbos.

TIC notes also that given their complicity and active support in grooming the deadly monster ravaging Igboland today, most of the governors in the South East have waxed impotent in rising to the challenge of dealing with this deadly monster.“There seems to be no remedy in sight as the people have surrendered to the beastialiity of murderous gunmen that have taken over Igboland today, killing as they desire and unleashing mayhem, fear and destruction all over Igboland.“Given these concerns, therefore, we demand the following; That the Federal Government consider the option of declaring a state of emergency in the South East or at least some states of the South East to arrest this dangerous state of anarchy.“That the Federal Government draft more security forces and agencies to the South East to save the people from themselves.

That the Federal Government identify, arrest, prosecute any person, group, interest and organisation found to actively procure, support and facilitate the state of anarchy presently riddling the South East.”The group expressed hope that the federal government will attend to its demands before the region goes into extinction.