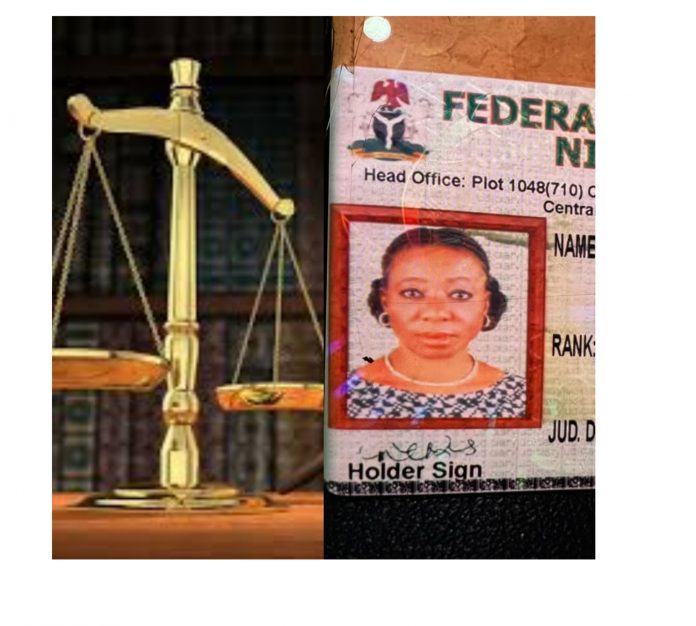 DEFENCE TO RAISE NO CASE SUBMISSION

The Number One Deputy Chief Registrar of the Federal High Court, Mrs. Nkem Mba was arraigned by the Independent Corrupt Practices and Other Related Offences Commission (ICPC) at the Rivers State High Court on a three-count Charge pending before Honourable Justice Leteem Nyordee.

The Suit which was filed with Charge No. 2109/CR/2022 bordering on corrupt advantage under the Corrupt Practices and other Related Offences Act, 2000, came up for Hearing on the 26th and 27th of July, 2022.

The Prosecution represented by Dr. Agada Akogwu opened their case and fielded 4 witnesses. The PW1, the Investigating Officer from the ICPC during cross-examination by the Defendant’s Counsel Sammie Somiari, SAN confirmed that he had no idea what the Admiralty Jurisdiction Procedure Rules, 2011 provides as to Order 16, Rule 4(2). He claimed that the Defendant received the sum of N500, 000.00 (Five Hundred Thousand Naira) fraudulently into her account but did not tender anything to verify this claim, he also did not request for the bidding documents with respect to the sale of the Vessel concerned and the Defendant’s Statement never contained anything showing that she received a bribe, and he did not investigate the facts contained in the extra-judicial Statements of the Defendant or the PW2.

The PW2, the person who allegedly paid the bribe to the Defendant, confirmed on oath that the money he paid to the Defendant was for the purpose of the 2% to cover the Admiralty Marshal Substitute’s expenses for admiralty execution carried out by the DCR in the course of her work, he also stated that the Vessel in his Statement was different from the one with respect to which the Petition against the Defendant was filed. He emphatically stated that he did not bribe the Defendant nor fraudulently pay any money into her personal account and has not in anyway whatsoever conspired with the Defendant to commit any fraud.

During cross-examination of the PW4, a Deputy Chief Registrar (Litigation) of the Federal High Court, Abuja, the Defendant’s counsel contradicted the statement of the PW4 in his letter to the ICPC where he had claimed that there was no official policy position of the Federal High Court whereby an Admiralty Marshall (Substitute) was to take 2% from sales of AGOs and other products as execution expenses. The Defendant’s counsel confronted the PW4 with the provisions of Order 16 Rule 4 (2) of the Admiralty Jurisdiction Procedure Rules, 2011 which he was directed to read out in the open court and which confirmed expressly the fact that an Admiralty Marshall (Substitute) was entitled to 2% of the sale pursuant to admiralty executions, to cover the expenses incurred.

The Prosecution proceeded to close its case, the Defendant’s Counsel informed the Court of his intention to raise a no case submission, the case was subsequently adjourned to the 29th day of September, 2022 for Defence.