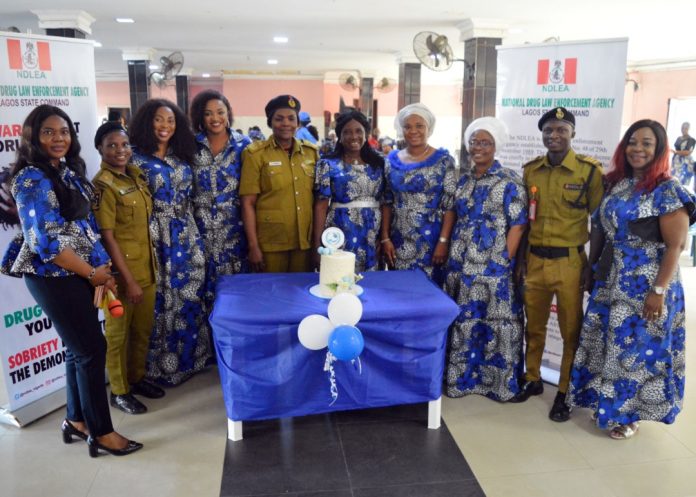 Every year on October 11th, the international community pauses to reflect on the status of the Girl-Child across the globe, what gains she has made over the years in surmounting the enormous challenges that confront her on account of her gender (and sometimes her age and socio-cultural and economic background), and what more needs to be done, going forward. Exactly a decade ago, the United Nations (UN) declared October 11th as an International Day of the Girl-Child to highlight these challenges, and to reawaken the consciousness and conscience of all stakeholders on the need to create a world, as well as countries, societies, communities, social spaces and even families where the Girl-Child is safe from exploitation, harassment, abuse and discrimination. The relevant laws on the Rights of the Child (and the Girl-Child in particular) are enshrined in the respective legislations of member-states (Nigeria inclusive).

Sadly, those laws and protocols are, for the most part, only observed in the breach.

On the 10th anniversary of the International Day of the Girl-Child, whose theme this year is ‘OUR TIME IS NOW: OUR RIGHTS, OUR FUTURE,’ the International Charitable Initiative for Girl-Child and Woman Development Foundation (ICI-GWODEF) held a one-day commemorative programme of activities at the Ukpor Town Hall Civic Centre at 5, Owolabi Street in the Lagos suburb of Okota. The event was graced by members of various women’s groups who came bedecked in colourful Ankara uniforms specially made for the occasion, as well as female students from various schools in the catchment area, namely, Effortswill Academy, Ejigbo; Hans Private School, Oke-Rube; and the Hope Foundation School for the Deaf, Ojokoro, Ijaiye. The Missionettes, a female workers’ group at the Assemblies of God Church, Abaranje, Ikotun, was also present at the occasion.

Among the organisations that were represented at the commemoration were the National Drug Law Enforcement Agency (NDLEA); the National Agency for he Prohibition of Trafficking in Persons (NAPTIP); the Nigerian Police; and the Legal Aid Council of Nigeria.

NEWSWIRE Law and Events Magazine’s correspondent at the event reports that the celebration was graced by many distinguished stakeholders in the welfare, protection and empowerment of the Girl-Child, such as the Founding President of ICI-GWODEF, Mrs. Helen Nchedo and the current President of the organisation, Barrister (Mrs.) Nkechi Onyenso. Others include Mrs Ifeyinwa Uzokwe; Barrister (Mrs.) Ngozi Ogbolu, who is the Chairperson Emeritus at the International Federation of Women Lawyers (FIDA Lagos); Mrs. Florence Chinyere Ohioma, the Coordinator of the Missionette Department of the Assemblies of God Church, Lagos District; Mrs. Elizabeth Ajeseni from NAPTIP; Mrs. Doris Ememonu from the Legal Aid Council, Lagos; Mrs. Chinyerem Eziaghighala from NDLEA; and Assistant Superintendent of Police Afusat Olaosebikan from the Century Police Station, Ago Palace Way in Okota.

Welcoming attendees to the celebration, the ICI-GWODEF President, Barr. (Mrs.) Onyenso lamented that most of the time, no sooner have issues having to do with the rights, welfare and security of the Nigerian Girl-Child been discussed at fora like this, than they are swept under the carpet. This, she said, was notwithstanding the fact that the challenges facing the Nigerian Girl-Child are as critical as ever. For example, of the 20 million or so school-age children that are out of school in the country, the majority are girls. For the most part, society is still largely indifferent to incidences of sexual and other forms of abuse, a large percentage of which go unreported. This state of affairs, she said, however calls for a renewed commitment on the part of all stakeholders, given the fact that the Girl-Child is the bedrock on which a healthy, progressive, prosperous and civilised society is built, and educating the Girl-Child is building the foundation for that great society. Mrs. Onyenso assured all present – especially the younger members of the audience – that ICI-GWODEF would accelerate it’s advocacy for the full implementation of relevant laws and protocols such as the Child Rights Act of 2003, according to its mandate.

The ICI-GWODEF President’s speech was followed by a brief Safety Talk by the representative of the NDLEA.

Among the many highlights of the event were lively dance performances by each of the aforementioned schools – Effortswill Academy, Ejigbo; Hans Private School, Oke-Rube; and the Hope Foundation School for the Deaf, Ojokoro, Ijaiye. The performances drew sustainable applause from the appreciative audience. .

Another highlight was an interactive panel discussion which centred on the way forward for the Girl-Child in the face of challenges confronting her.. It was anchored by the Chief Discussant in the person of Barr. (Mrs.) Ngozi Ogbolu, and featured the representatives of NAPTIP, NDLEA, Legal Aid Council of Nigeria, and the Human Rights Department of the Nigerian Police. The issues they discussed ranged from the nature and scope of human (especially female) trafficking – both within and beyond the shores of Nigeria, what is being done about it, and what more still needs to be done; the causes and effects of drug abuse and its remedies (since it is both preventable and treatable, according to the NDLEA’s representative on the panel); crime and criminality as it affects the Girl-Child, what happens to perpetrators – especially those who victimise young girls, what a potential victim can do to protect herself, what an actual victim can do after being affected by a criminal act, and the protections the law provides for those who speak up. The panelist from the Legal Aid Council of Nigeria also brought the house up to speed on the provisions of laws like the Child Rights Act as well as relevant international protocols on the Rights of the Girl-Child, how they are abused, and how affected persons can access the services of the Legal Aid Council (through their offices at Alausa, as well as through the Lagos State Office of the Public Defender).

In her summation, the Chief Discussant, Barr. Ogbolu attributed the spate of crimes and abuses, especially those targeted at the Girl-Child, to the decline in moral values in our society as well as general apathy to matters of public welfare, including the welfare of young people and other vulnerable persons. This, she lamented, is a far cry from what obtained in the days of old, when it took an entire village to raise a child – regardless of whose child it was. She concluded by calling for a return to those values, and called on the young students present to champion those values through their conduct and dedication to their studies and the pursuit of their dreams and hopes for the future. She also reiterated the call, made by others, on the need to limit children’s access to the internet.

The panel discussion was followed by an equally lively question-and-answer session, during which the students expressed concern on a variety of issues, such as:

These and other questions were dealt with expertly by members of the panel.

The 10th anniversary commemoration of the International Day of the Girl-Child in Okota ended with the cutting of the anniversary cake and a number of photo sessions with members of ICI-GWODEF, other women’s groups, participating organisations and schools.