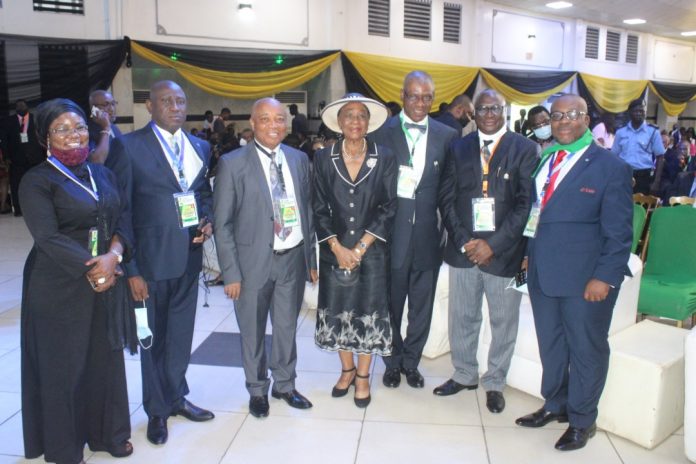 The theme of this year’s annual conference of the NBA’s Section on Public Interest and Development Law (SPIDEL), and the high expectations of delegates, and indeed all stakeholders in the peace, unity, and prosperity of Nigeria and the welfare and security of her people, struck a resounding chord with some of the leading lights that offered goodwill messages at the opening day of the conference in Ibadan, the Oyo State capital on Monday, April 24, 2021.

Extending a hearty welcome to his state and city on behalf of the government and people of the widely-acclaimed Pacesetter State, Oyo State Governor, Engr. Seyi Makinde said lawyers always bring a unique perception whenever they ponder on issues, a perception that is not readily available to the ordinary person.

Accoding to NEWSWIRE Law and Events Magazine’s correspondent in Ibadan, Gov. Makinde urged the conferees to strike a balance between the protection – indeed the sacrosanctity – of public interest on the one hand, and the protection of information or classification of issues that are not supposed to be in the public domain, on the other.

He touted the positive steps his administration has so far made in protection the public interest – notably the bill currently being proposed to create an office of the public defender in the state, and other key legal reforms all aimed at institutionalizing public interest in the Pacesetter State. He also touted the historic role of Ibadan as a center of learning and culture, and its present delights as a serene location – and

To old and young lawyers alike, and especially to the female wigs, the first female Senior Advocate of Nigeria, Chief Folake Solanke would always remain a figure of grace, resilience, professional longevity and an endless source of inspiration.

At almost 90 years old, with 58 years of legal practice under her belt, the matriarch of the legal profession in Nigeria was the epitome of regal grace on the opening day of the SPIDEL conference as she urged the assembled delegates to do justice to the theme of the confab and commit to its objectives – as therein lay the remedy for the myriad of problems that have assailed the Nigerian nation, especially in the last few years.

This sad state of affairs, Solanke said, has occasioned, among other things, a loss of confidence in the nation’s justice system, and in particular, the judiciary.

The learned silk ended by calling for a universal rejection of corruption in all its forms among legal practitioners, and a concerted push-back against its corrosive effects on our lives and all the things we hold dear as humans and as Nigerians.

NEWSWIRE’s correspondent at the event reports there were also goodwill messages from the Chief Justice of Nigeria, Hon. Justice Tanko Muhammed, who was represented at the event by the honorable Supreme Court Justice Ejembi Eko; the Chief Judge of Oyo State, Hon. Justice Mukhar L. Abimbola; the pioneer chairman of SPIDEL, Mr. J. K. Gadzama, SAN; as well as a former President of the NBA, Mr. Augustine Alegeh, SAN (who spoke virtually).