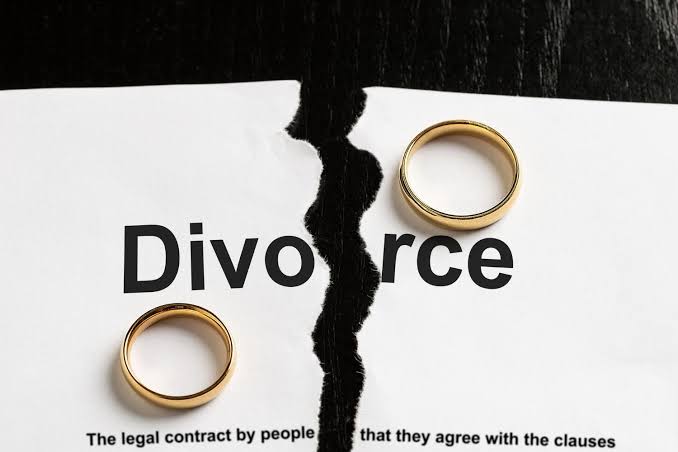 Grade A Customary Court, Mapo, Ibadan, Oyo State has adjourned for judgment on November 1, 2022, a divorce suit brought before it by a woman, Salawa Agboola against her husband, Asimiyu Agboola on the accounts of irresponsibility, harassment, constant threat and battery by the latter.

Salawa told the court she was the one feeding the home and paying the rent.

The plaintiff complained that the defendant took pleasure in harassing and humiliating her in the presence of their neighbours and friends, while he was often rude to her family members.

Salawa further said that Asimiyu was troublesome and has refused giving her rest of mind.

According to the plaintiff, the defendant always came to her shop to fight her customers, a practice she complained caused her business to suffer.

She thus prayed the court to rule that they both go their different ways because she no longer loved him nor enjoy her marriage to him.

Salawa further entreated the court to put their children in her custody, but make her husband fully responsible for their upkeep.

Asimiyu, responding, stated that he was not happy with his wife because she was fond of receiving calls from other men.

He told the court he went mad after catching his wife entertaining one of her lovers in her shop and this he said resulted in a scuffle between him and his wife during which he poured amala and soup on her.

The defendant gave his consent to the plaintiff having custody of their children.

Salawa in her testimony said, “My husband impregnated me while we were dating and moved in with me.

“We never held a marriage ceremony and he didn’t pay my bride price.

“Asimiyu became a thorn in the flesh immediately he moved into my apartment.

“He failed to take up his responsibility as the head of the home. I was the one feeding and clothing him.

“My responsibility doubled after we started having our children. He has never given me a dime towards our children’s upkeep, while he is indifferent to their education.

“The only thing my husband knows to do is to fight and beat me.

“Asimiyu seeks every opportunity to beat me. He will return home every night with an empty pocket and will punch me if I dare ask him money for food.

“He will threaten to beat me to death and refuse to release me even when our neighbours and friends come to my rescue.

“He has turned me into a source of ridicule before the young and old in our compound.

“My husband didn’t stop at this. He comes to my shop and set it in disarray.

“He gets infuriated any time he meets the opposite sex there and starts to ask me silly questions. He will end up fighting my customers, beating me and destroying my goods.

“His irrational behaviour has affected my business because my customers now try as much as possible to avoid him.

“My lord, my husband has stressed me enough. I want a clean break from him which is why I came to court.

“I further appeal to the court to grant me custody of our children, but make him responsible for their upkeep.”

Asimiyu in his evidence said, “My lord, I am not happy with my wife. She has no regard for me and treats me with disdain which is the reason we fight almost all the time.

“My wife is always receiving calls from her lovers in my presence. She will be on the phone for hours and fail to give me attention.

“Salawa entertains her lovers in her shop. I once caught her serving one of them amala and soup when I visited her shop.

“They both pretended as if they didn’t see me when I came in and ignored me.

“Angry, I carried the plate Salawa’s lover was eating from and emptied the content on my wife.

“We fought and I beat her blue black while her lover disappeared into the thin air.”

He added that, “My lord, it is true she paid the rent, but I made a refund of the last rent she paid to her in two installments.

“Salawa’s parents’ attitude has worsened the relationship between my wife and me.

“Her father got me arrested and detained by the police because I was rude to him. I was later granted bail.

“I am also no longer interested in our marriage.

“My wife can have custody of our children while I am ready to give N10,000 every month for their food.”

The court president, Mrs S.M Akintayo after she had heard both parties adjourned the case for judgement.