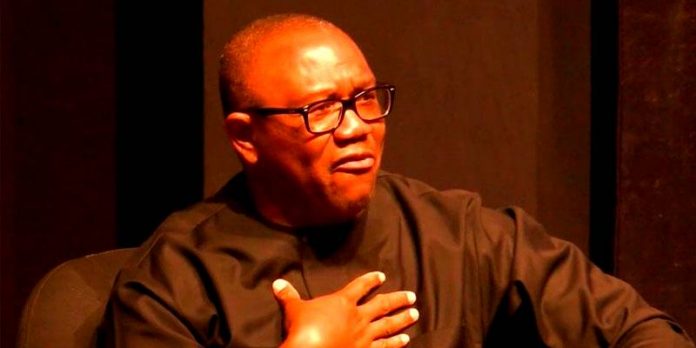 A notable godfather in the politics of Anambra State, Chief Chris Uba, has boasted that he has made many governors, senators, House of Representatives and House of Assembly members since the inception of the present democratic dispensation in 1999.

He said, however, that all those he lifted to high political positions did not only abandon him but also rewarded him with ingratitude.

Chief Uba, popularly known as Eselu-Nenu-Ego (floating on top of money) made the claim yesterday at Nanka, Orumba North Local Government Area of Anambra State, during the 2022 edition of Hon. Okwudili Ezenwankwo Foundation’s empowerment programme, said: “I’ve made so many highly placed politicians in Anambra State and beyond, since 1999. I’ve made governors, senators and other politicians at different levels.

“I single-handedly produced Chinwoke Mbadinuju and Chris Ngige as governors. I had hand in making Peter Obi, Willie Obiano and Charles Soludo as governors of Anambra State. I also made an uncountable number of senators, house of representatives members, and state assembly members”.

“In all these efforts, I was rewarded with ingratitude. None of them showed me gratitude. This is why I decided to pick a ticket myself to go to the Senate to represent Anambra South. I am not going there to acquire wealth. I have 3 oil wells. I have chains of businesses. If Anambra were a state that gives honour to whom honour is due, nobody will be contesting this senatorial position with me; because, I’ve paid my dues.”

He is gunning for the Anambra South senatorial seat now being occupied by Ifeanyi Uba from Nnewi. He is from Uga.

Uba praised Hon. Okwudili Ezenwankwo, who he said, has strongly empowered over fifty thousand people since he went to the green chambers in 2019; added that the people of Orumba North and Orumba South were lucky to have Hon. Ezenwankwo as their representative.

Earlier, Hon. Ezenwankwo said that his primary aspiration as a lawmaker is to change the lives and fortunes of his constituents for the better.

He said that since 2019 when he went to the national assembly, he had empowered people, attracted constituency projects, and also sponsored bills more than his contemporaries.

“This year alone, I’m giving out 2,000 bags of rice, 50 motorcycles, vehicles, tricycles, and grinding machines. I also doled out N30 million to 3000 constituents as grants to enable them start up their businesses.

He recalled that he had floated this foundation as far back as 2006 when he had not even started nursing any political ambition.

He said he dumped the All Progressives Grand Alliance, APGA for Peoples Democratic Party, PDP because he discovered that in the national assembly, only the majority party which is APC and the minority party which is PDP are recognized, while others are relegated to the background in decision-making processes.