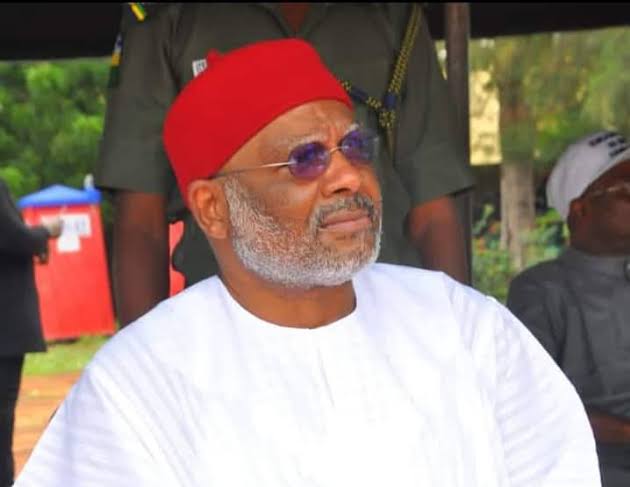 The senator representing Enugu west senatorial district, Chimaroke Nnamani, has kicked against his suspension by the Peoples Democratic Party (PDP).

In a statement issued early Saturday morning, the former governor of Enugu said his suspension came to him as a “rude shock and huge surprise”.

The legislator said he was not informed of any petition filed against him.

Nnamani said he was not invited by the PDP NWC to respond to such a query, adding that his suspension was a violation of the party’s regulations and the provisions of the 1999 constitution.

“Earlier tonight, the National Publicity Secretary of the Peoples Democratic Party (PDP) announced the decision of the National Working Committee (NWC) of PDP, suspending me from the party,” the tweet reads.

“I have since been inundated with telephone calls and messages from various persons, seeking my clarification on the matter. Just like every other person, the decision and announcement of my purported suspension from the PDP came to me as a rude shock and a huge surprise.

“I was never at any time notified of any petition or complaint against me or informed of the grounds that formed the decision of the NWC of the PDP to suspend me from the party.

“I was not also invited to any meeting, proceeding, or hearing of the NWC of the party where my supposed offense (s) was/were discussed. I was, therefore, not afforded the opportunity to make representations on my behalf at any meeting where the proposal and decision to suspend me from the party was made. My right to a fair hearing was consequently violated against the clear provisions of the Constitution of the party, especially in disciplinary proceedings. More importantly the Superior Constitution of the FRN.”

The lawmaker asked his supporters to “remain calm and law-abiding while we continue our campaign to a hopefully victorious conclusion”.